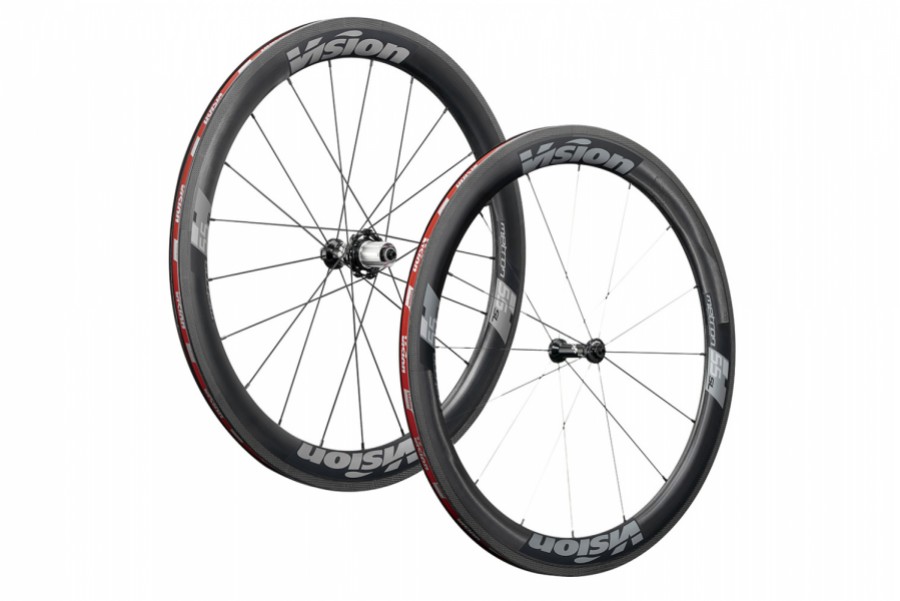 Up to 47% off Vision Wheelsets

There are some great deals here with 18 wheelsets to have a look at!

Vision are the wheel sponsor of EF Education First and Bahrain Merida pro cycling teams and they make some rather speedy hoops.

We've been using a set of their Team Edition 24mm tubular wheels for CX racing this year and they've been brilliant.

The rims are nice and wide, with good stiffness and great braking for carbon rims.

The hubs are spinning quietly even after some awful weather!

Vision was established in the 1990's and has gone from strength to strength since then, developing wind cheating products for such disciplines as triathlon and road cycling. Vision are the brand to beat in specialist aero products, recent years have seen the innovative application of carbon fibre and the creation of dream-like shapes to enhance performance. Vision continually refine, test and innovate in the quest for speed, with industry-leading products throughout the range including handlebars, aerobars, cranksets, stems, seatposts, wheelsets and more.