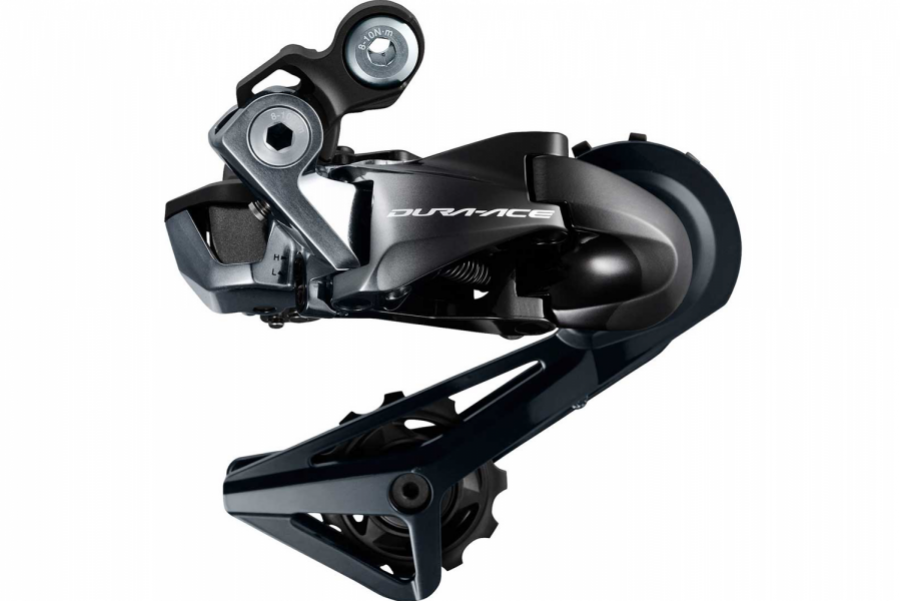 With a radical new design and loads of tech improvements, this is a brilliant rear mech.

As roadies, we think it's important to regard change with suspicion. It's why disc brakes have taken so long to be accepted in the pro peloton and we think that some roadies genuinely like being resistant to change. As a result, it's taken us a while to warm to the new Dura-Ace components.

Thankfully, the aesthetic changes are mechanically very useful. The redesigned cage will take a larger cassette, thus being much more useful to the average rider. The standard rear mech now officially takes a 32T cassette which is much better for tackling steep climbs.

The Shadow technology results in fewer wrecked derailleurs and actually stops ours being knocked in daily use. It does this by moving the body of the rear mech up under the frame. For Di2, this is especially important as a bump to the rear mech in a crash can put the Di2 system into crash mode. It renders the system unusable until it is reset which can be a real problem if you're stuck in the big ring with hills to get over on the way home.

This R9150 is the electronic version. You get beautifully crisp and accurate shifting that can integrate into an older system, allowing you to upgrade gradually.