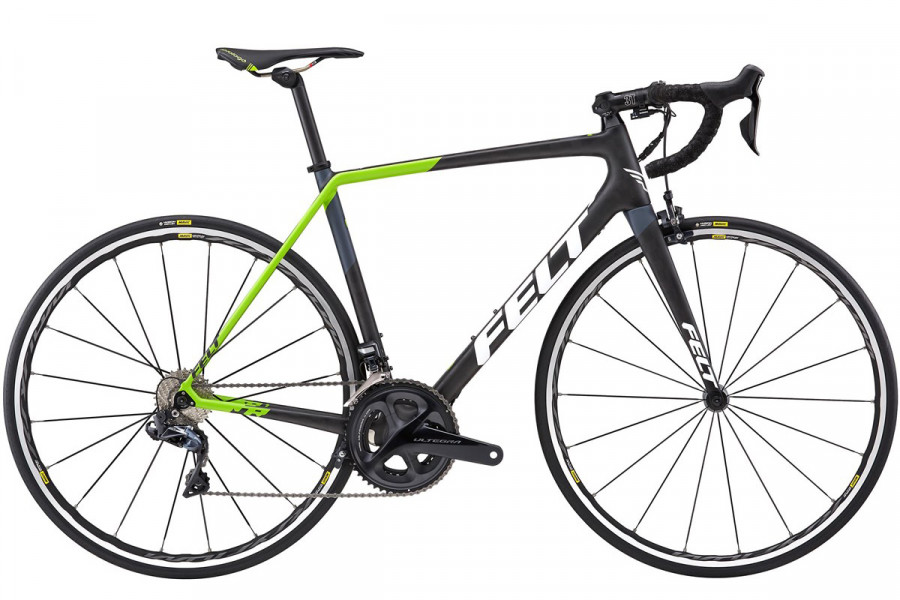 The brilliant frame gets an Ultegra R8050 groupset and tubeless-ready Mavic wheels.

The FR Series is Felt's high-performance race bike that is best pointed uphill.

Saying that this is limited to racing though is wrong. The carbon layup and space for wider tyres make this a comfortable sportive bike too.

Felt has stuck to rim brakes for this build and they've hidden the rear brake down at the bottom bracket, allowing more comfort from the rear stays.

Ultegra R8050 Di2 shifting is a brilliant system that is now so close to Dura-Ace. You get a semi-compact 52/36 chainring combination and an 11-28 cassette that suits a mix of climbing and flat, fast riding.

Felt Bikes started in the USA over 20 years ago and although originally a triathlon bike brand they now make a bike to suit any cycling discipline. From Tour de France level road bikes to full suspension mountain bikes, and everything in between, Felt continue to develop products with the same dedication to innovation as the originals.

Felt were one of the first manufacturers to introduce ‘aero’ road frames into the professional race scene and were an immediate success. The trickledown effect of this is that you can now see some of these aero features throughout the road range without the previous lofty price tag. Of course the top end bikes and frames still feature the latest cutting edge advances in aero frame technology including the AR3 Di2 which features all the aero benefits as well as being fully Shimano Di2 compatible.