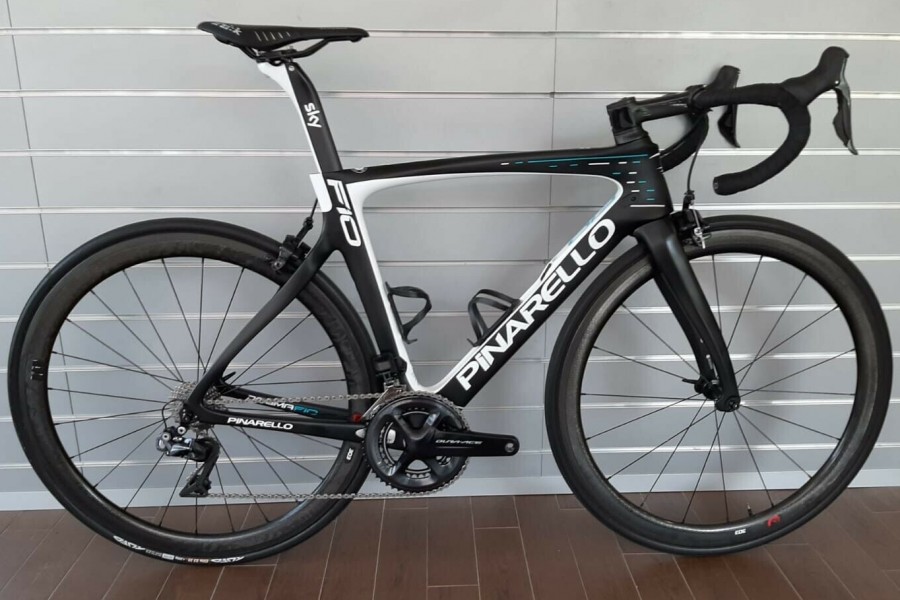 You can ride the same bikes as Tour de France winners!

But the best thing is that it doesn't have to cost a ridiculous amount.

We've been through eBay to have a look for some top-end bikes at affordable prices. Well, when we say affordable... 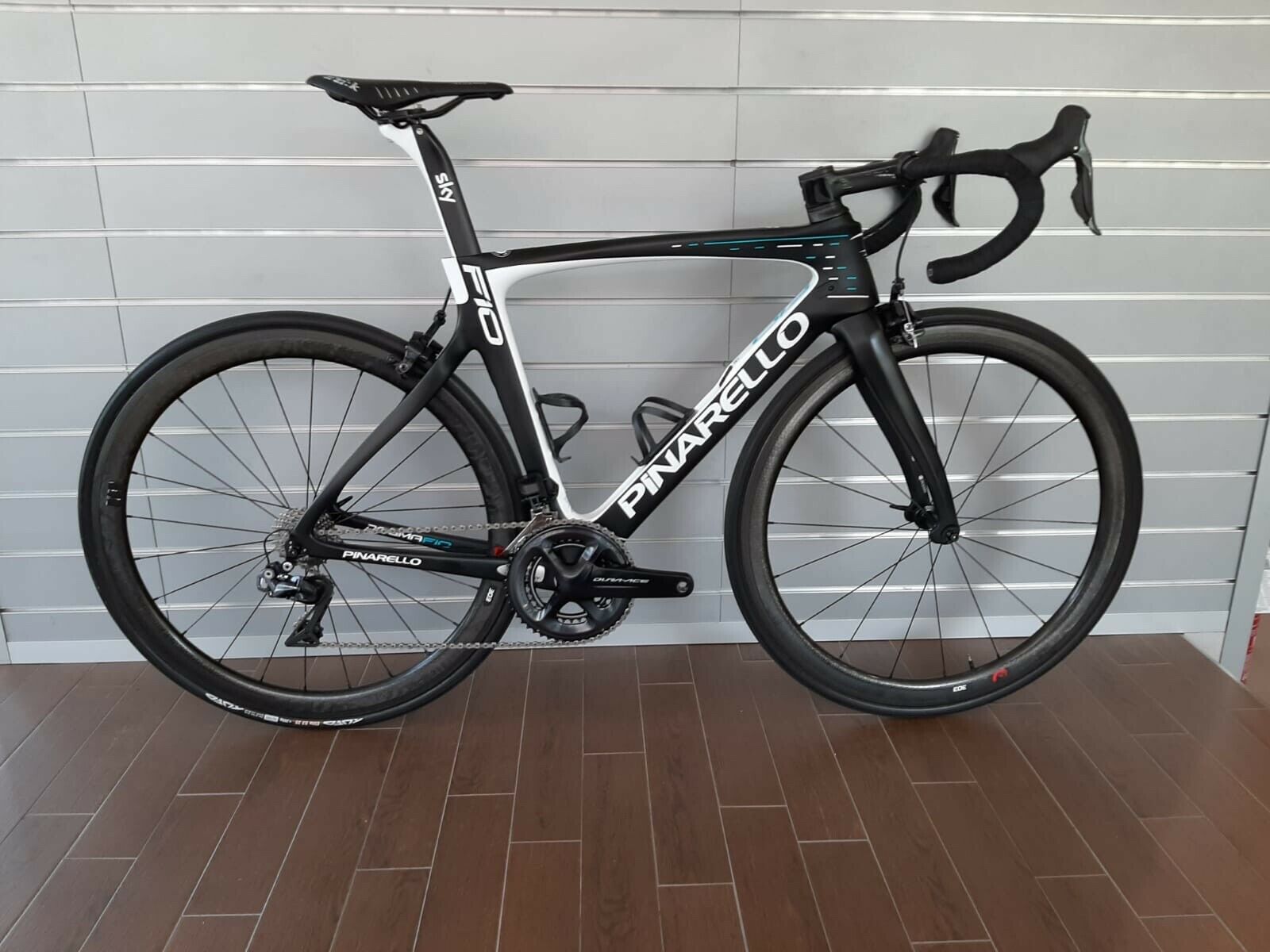 Team Sky, now Ineos have been riding Pinarello since the team's creation in 2010.

The F10 has worn stages of the Tour and the overall race too, so if you've got the legs, it's more than capable of matching you.

This carbon frameset is finished with a full Dura-Ace Di2 groupset and full carbon finishing kit.

You also get a choice of which wheels to ride, with the 'stock' Fulcrum Racing Zero wheels swappable for hoops from Mavic, Zipp, or even Lightweight. The price reflects this though! 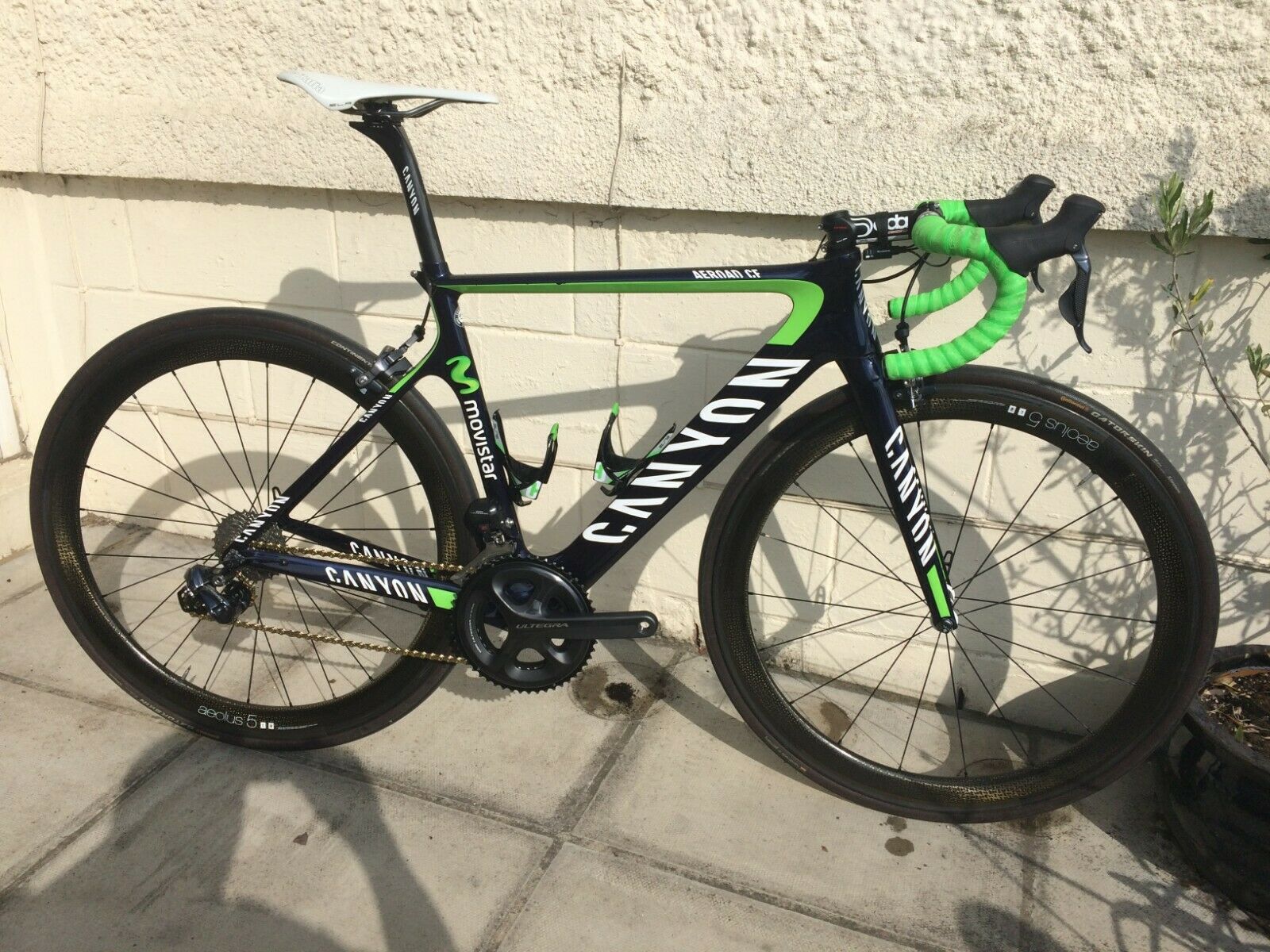 From what is still a rather pricey bike, to one that is a true bargain!

The Aeroad has famously been used by riders on Movistar for the hilly stages of Grand Tours, so this is a fast aero bike that can really climb. 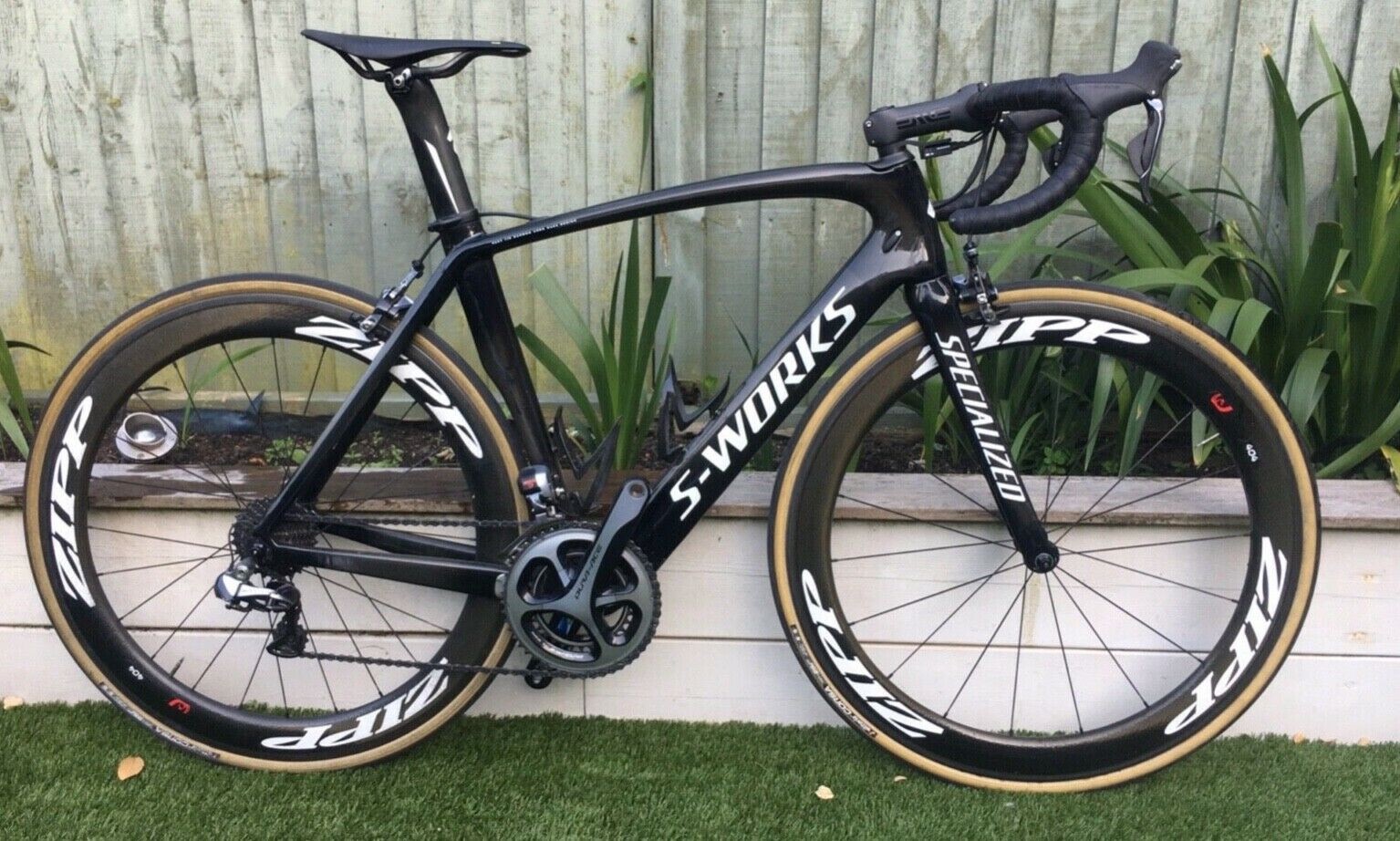 He took yellow with a fabulous solo move in the first week of the Tour and Allaphillipe still has a healthy lead going into the TT tomorrow.

He mostly favours the Tarmac, but for the flat, fast days he'll sometimes switch over to the Venge. This one is from a few years ago and its silhouette is instantly recognisable.

This S-Works model is decked out with some fabulous kit. The Zipp 404 carbon clinchers are shod with Vittoria Corsa 25mm tyres. There's an Enve bar and stem up front and a carbon Fizik Antares saddle perches on top of the carbon seatpost. 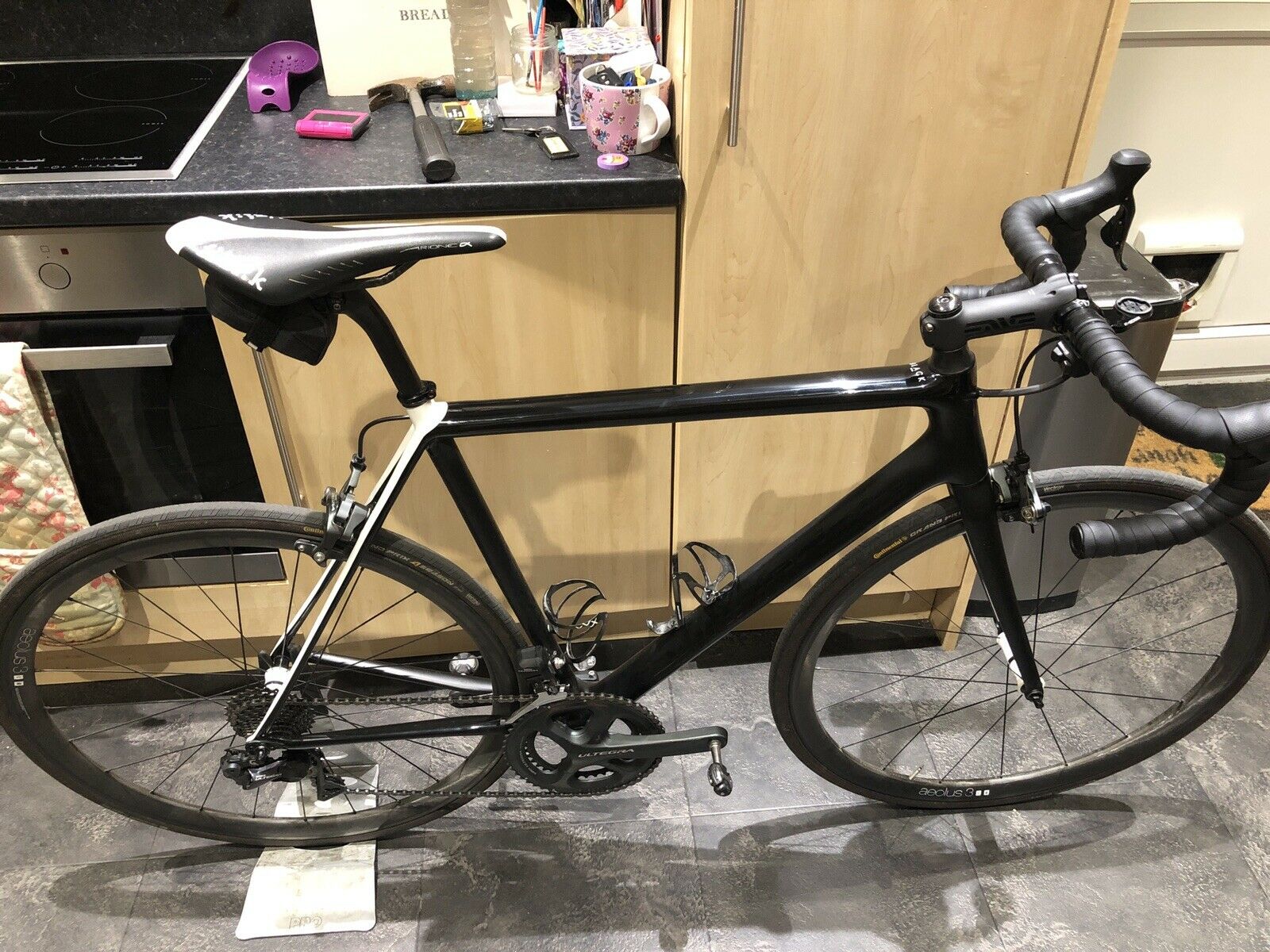 Another bike with an instantly recognisable silhouette is the SuperSix. It's almost a shame the updates that Cannondale has made for the 2020 version.

This bike has won sprint stages via the legs of Pete Sagan when he rode for Cannondale and it's also won Flanders thanks to an amazing ride from Alberto Bettiol this year.

The bike is famous for handling brilliantly and this one is built up using some great components.

Again, we have an Ultegra Di2 groupset and Enve components. The Bontrager Aeolus carbon wheels round out what will be an amazing climbing bike. 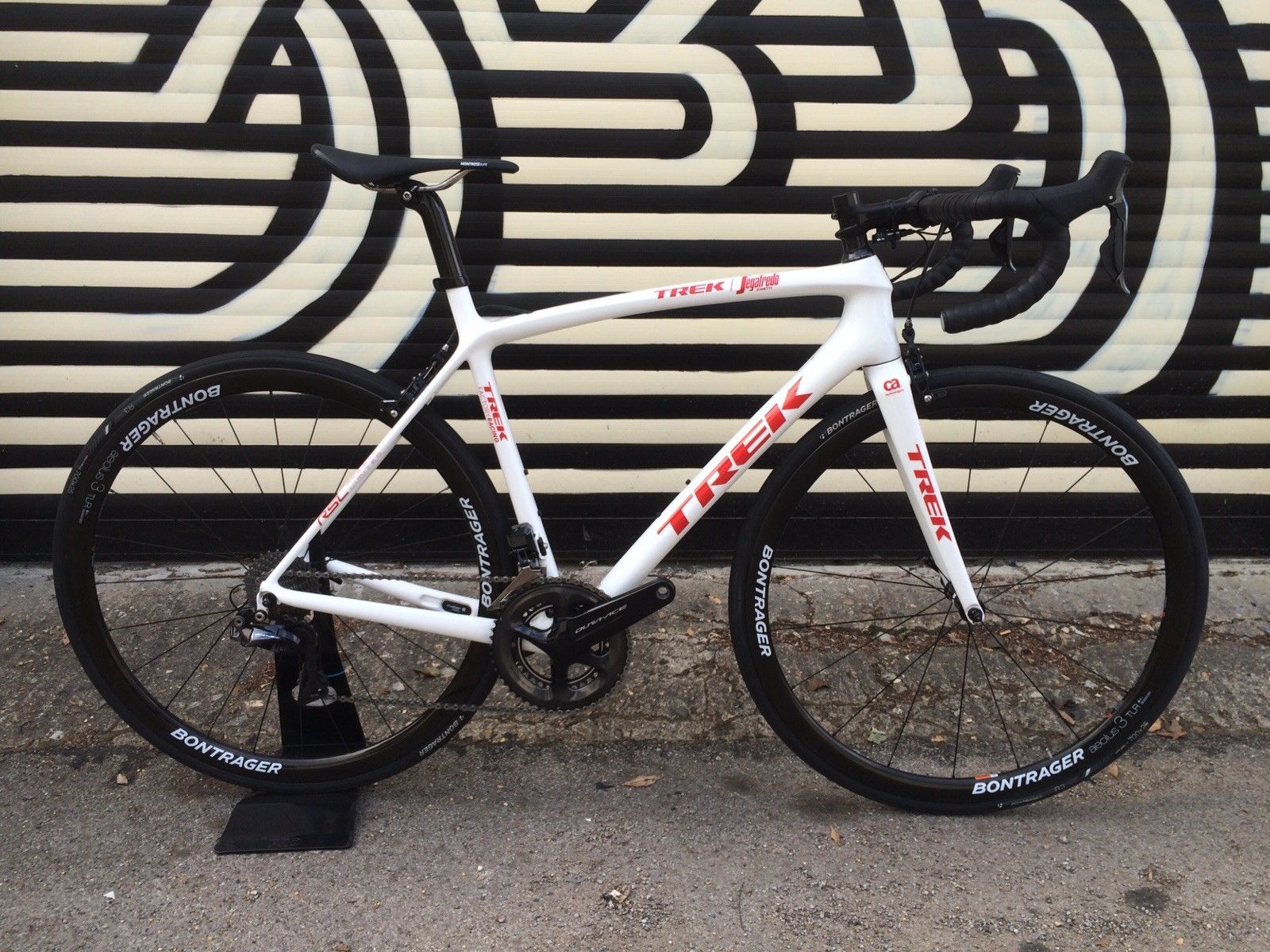 When something says 'Race Shop Limited' or 'Rider Issue', our bank account gets worried!

This superlightweight frameset comes in Trek's H1 fit, the most aggressive geometry that is recommended for the racing snakes.