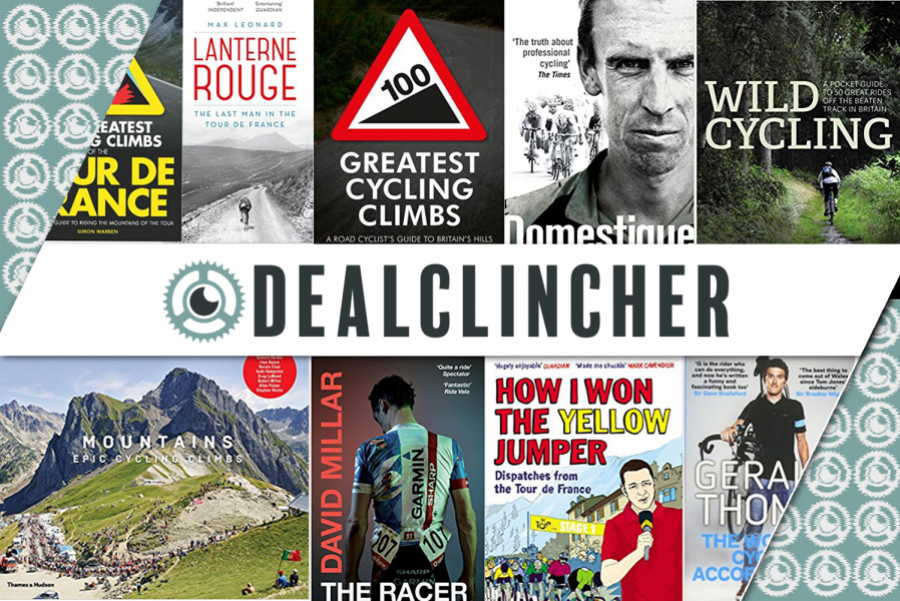 Father Clinchmas enjoys nothing more than falling asleep with a good book after his Christmas lunch.

We appreciate a good book for Christmas. The world of components and bike gadgets can be confusing for family members and friends, so asking for a book is usually a safe bet.

Below is a great list of books for any cyclist. They're written by professional racers, experienced journalists and accomplished writers.

Geraint Thomas is a Team Sky professional know for his straight-talking, no-nonsence approach to bike racing.

This book is a collection of lessons that Geraint has learnt, mostly the hard way, over the years of racing a bike.

If you're into off-roading and gravel riding, then this is definately the book to be asking for!

Chris Sidwells has documented 50 of the best hidden-away rides in the UK. This would also make a great trip planner for you and some friends.

If there's a Strava hunter in your family, they'll love knowing where the best climbs are.

This book details the best Britain has to offer, including Cheddar Gorge, our local ascent!

There's even a section where you can tick off all the climbs you've done, and record your time, for the ultimate coffee stop bragging rights.

Travelling further afield will open up the mountains of the Alps and Pyrenees.

Not only does this book feature all the best climbs, there's also memoirs from pros and stunning photography.

David Millar was banned for doping then returned to racing with the goal of speaking out against omerta.

This book documents his final seasons in the professional peloton, hiding non of the gritty truth of training, sacrifice and the pain of crashing.

Out of all this, you get a real sense of the love he has for the bike.

The main attraction of the Tour de France is the battle between the climbers in the mountains.

This is another book by Chris Sidwells that allows you to plan the ultimate cycling trip and tick off the biggest Tour climbs.

The gradient profiles are also excellent for planning an assult on these longer mountain passes.

Possibly the best book from a professional rider, Charly Wegelius doesn't hold back.

Having never won a professional race, Wegelius tells a tale of selling his talent as a super domestique after years of forging his nieche in the pro peloton.

This book highlights the struggle of the rider without a contract, making for a gripping story.

Ned Boulting had no real history in cycling before he worked on his first Tour de France.

The title is based on his question to David Millar, who had just taken the Yellow Jersey. The rookie reporter asked Millar how it felt to have the 'yellow jumper'. Classic.

The book is a great insight into the life chasing the Tour as a member of the media, and paint a picture of how easy it is to become wrapped up in this sport.

Quite fittingly, the book bringin up the rear is Lantern Rouge.

This book by Max Leonard is all about the creation of a competition to come last and the dastardly tricks that riders have used to 'win'... or lose.

It's a very well written book with facinating insights into a race that we never see on TV.

Want even more of the latest and greatest deals? Head over to Facebook and give us a follow!