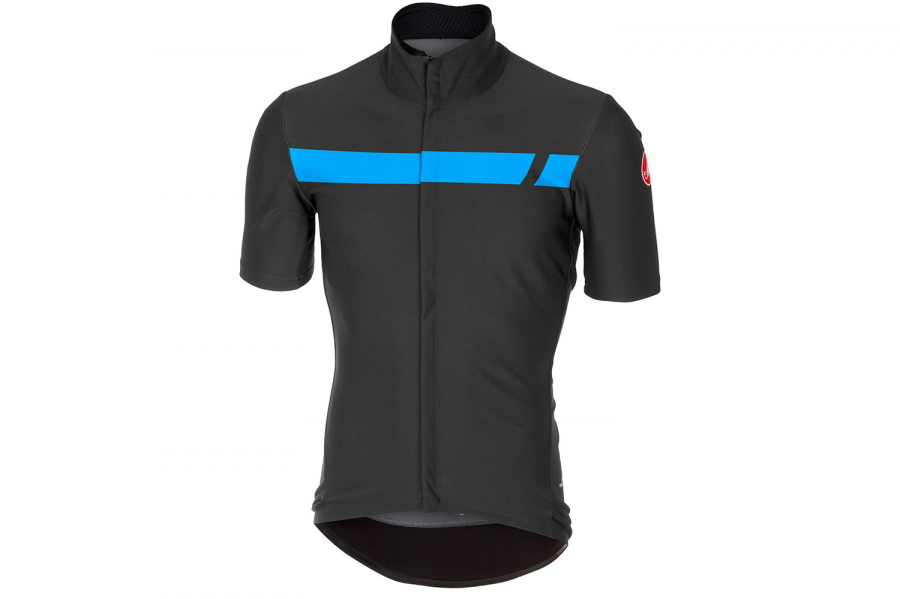 The ultimate wet weather jersey for fast rides and races.

With great windproofing and a little bit of rain protection too, you'll use this more than you'd think.

This brilliant price won't be around for long!

While winter jackets are great for those cold days when you're going for a steady ride, they can get a little warm when you start pushing the pace. For high-intensity rides, the Gabba is a much better option as it offers loads of protection, without the bulk of a jacket.

The protection that it offers makes it great for rides in foul weather, but if the sun should come out, you won't overheat thanks to the breathability. It's one of the features that makes this such a good option for variable weather conditions.

Castelli has used Gore Windstopper® X-Lite Plus that gives the protection against the wind. That shuts out the cold, allowing your body to generate the heat that it needs to stay warm. That also makes the jersey very light, which is great for racing in the early spring conditions.

For the area under the arms, Castelli has used Nano flex fabric to allow for a better fit and extra ventilation. This area isn't hitting the wind, so Castelli can afford to make it more breathable.

You get 3 pockets in the rear and a full zip which, when added to the lightweight materials, make this feel just like a jersey.