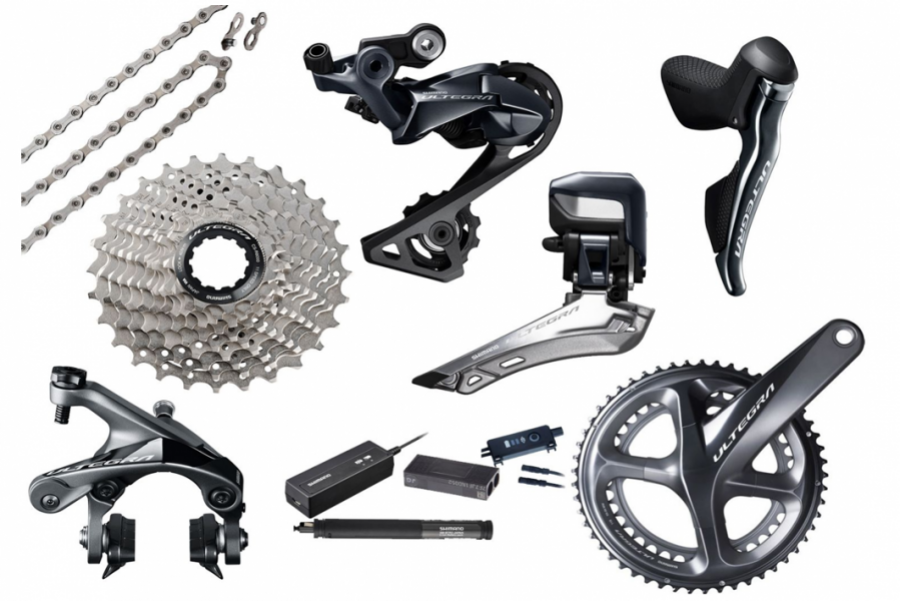 Overhaul your bike with a Di2 groupset

Ultegra Di2 is probably the best performance/weight/price combination for anyone that's not a pro.

Dura-Ace might be slightly lighter, but with the physical performance of Di2, it's seriously difficult to tell the difference between Ultegra and Dura-Ace electronic shifting these days.

We've picked Merlin's deal as, even though it's only 99p cheaper than ChainReactionCycles or Wiggle who both have this at £999.99, we prefer Merlin's offer as you can spec different Junction A options. You can still get the mechs and shifters in a shift kit for just £799.

Aesthetically, the gap has also been narrowed, with both systems been given a gunmetal grey finish.

All Merlin Cycles Di2 groupsets come complete with wiring suitable for a large frame, stem mount Junction A as standard, and internal Junction B, seatpost battery, and charger. That makes this a brilliant deal!

There is also the option to pick what chainset you'd prefer, with crank length and chainring sizes customisable. The new rear mech is no longer restricted to a 28T, so you can use an 11-30T cassette for that extra climbing gear.