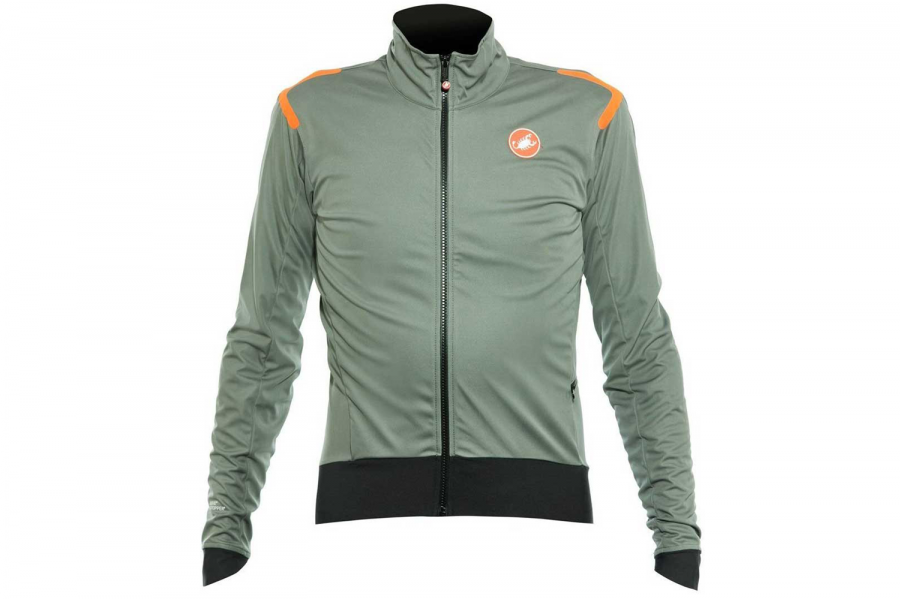 With near year-round usability, this jersey/jacket is a great investment.

Back in the good old days, there were heavy winter jackets and light summer wear. Now though, the lines have been blurred slightly and you'll probably find yourself using a jersey like this throughout most of the year.

The best price is on this khaki green and orange.

While our picture-perfect view of the summer is of endless warm, sunny days, the reality of warming up for a race in a sports centre car park or waiting for the start of a sportive in the cold air of an early Sunday morning is rather less rosy.

As a result, we tend to find ourselves reaching for our winter jackets at least once a month and come winter, it’s rare to leave for a ride without one. Getting a jacket that can cope with a wide range of conditions is really important when riding in the UK and the RoS range is designed for exactly this.

The outer layer is completely windproof, blocking all the wind thanks to the Windstopper 150 fabric. It's not waterproof, but the surface is treated with a coating that makes light rain bead off.

The inner layer is a fleecy fabric which Mat said adds a lot of warmth, allowing him to be comfortable from 0°C-12°C.

Mat found the separate layer design to be very useful when climbing as you can unzip the outer layer, but still, keep the inner thermal layer zipped up.

Castelli stretches back more than 134 years to a small tailoring shop in Milan founded by Vittore Gianni. The Company took a definitive turn toward cycling in 1935 when one Armando Castelli became a part of Gianni’s staff. Four years later, Castelli purchased the company from Gianni, and the story kicks into gear. Armando supplied the cycling hero’s of Coppi, Bartali, Bobet, Van Looy, and Anquetil, and along the way expanded that effort into supplying a handful of professional teams.

In 1921, the first shop of F.W. Evans Cycles opened on the Kennington Road in south-east London. The 1950s saw Evans become a cycle-specific retailer and the company grew over the next 40 years before, in the 1990s, the Evans Cycles Mail Order catalogue was launched, enabling Evans Cycles to supply a wider range of products to a much larger audience. This required the opening of a central distribution centre in Leatherhead, Surrey from where the first version of the Evans Cycles website was launched.

The company now offers a range of services like click and collect, harnessing its network of local Evans stores. The brand also runs a range of Ride It events across the UK and offers a number of schemes relating to the government’s Cycle to Work scheme, promoting cycling through tax incentives on the cost of a new bike.

Evans also has a number of in-house brands such as Pinnacle and FWE while also working in collaboration with Olympic champion Sir Chris Hoy to launch HOY Bikes.