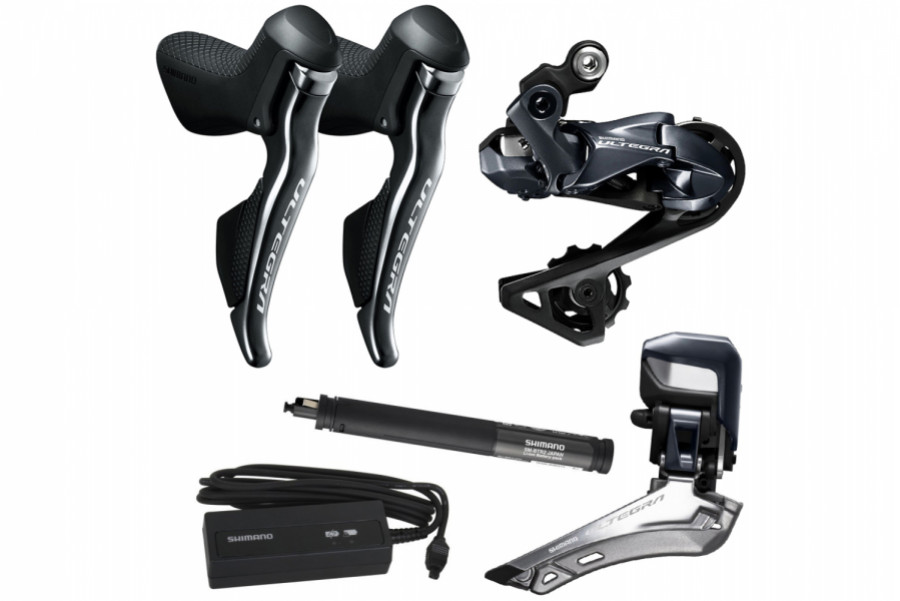 This is a really easy way to switch over to electronic shifting.

The benefits of switching to electronic shifting are numerous. The speed of the shifts is just one.

If you've already got a Shimano 11 speed groupset on your bike then it's very simple to switch over to Di2. You just need one of these kits. It includes everything you'll need to plug everything together and get riding as quickly as possible.

Besides both front and rear mechs, you get the latest shifters with hidden buttons in the top that can be programmed to control a compatible head unit.

All cabling is included though you may need longer cables if you use super-wide bars.

Shimano's seatpost battery is included and can be fitted with a piece of spare bar tape.