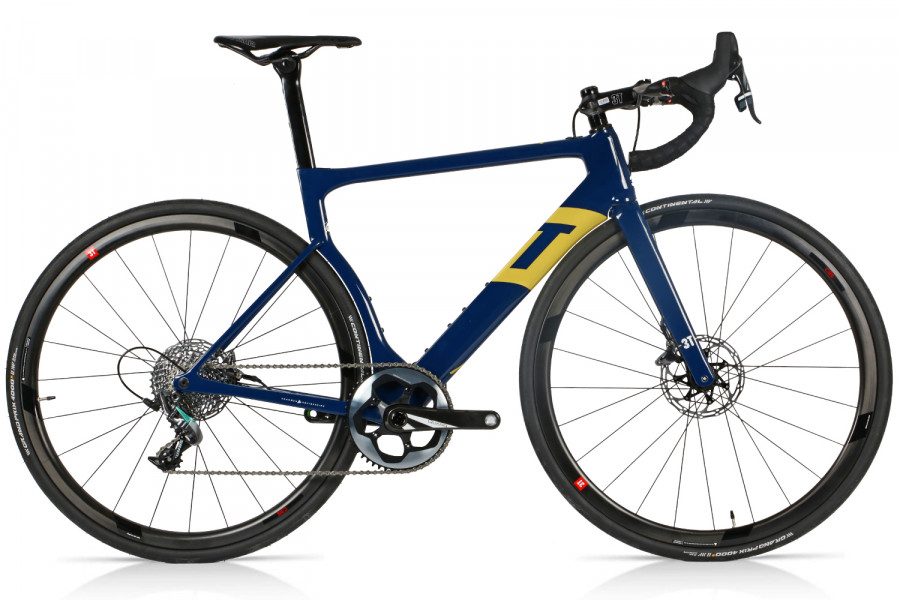 3T’s Strada 1X road bike might not have been popular with the pros, but us amateurs love them.

3T was certainly radical when it designed this bike. The concept centres around a very aero frameset that is 1X specific. That is to say, you only get 11 gears, the horror. But mountain bikers have been using 1X drivetrains for years, so why were roadies so resistant to losing a chainring?

The pros complained about it, and that was enough for some roadies to dismiss the technology without a second thought. But for us mere mortals, the simplicity of a 1X system could be a real bonus.

In the real world, this system works really well and the bike being designed around 28mm tyres is a great thing in our eyes. Over rough tarmac, you get loads more comfort and the rolling resistance figures are better too.

The aero frame has an aggressive geometry that makes this the perfect crit and circuit race bike.

A Sram Force 1X groupset provides light shifting with powerful hydraulic disc brakes. The carbon crankset is ready to accept a Quarq power meter which could be your first upgrade.

Finishing kit comes from 3T and rounds out a fabulous high-end bike with a comparatively small price tag.

For over half a century, 3T's products have been at the forefront of cycling technology and the front of the peloton with victories at the sport's biggest races including world championships, the Tour de France and the Giro d'Italia.

Today, 3T has reaffirmed its connection to the sport with highly innovative frame designs that empower riders to explore cycling in new ways. Meanwhile, the Torino-born brand's leading position in the area of cockpits and seatposts means the famous 3T logo remains the mark of a true cyclist