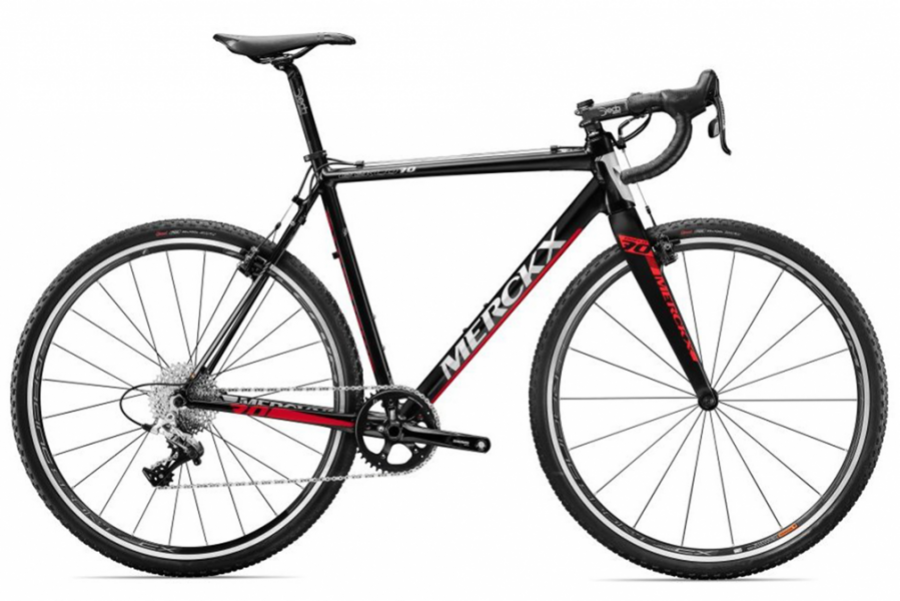 This aluminium cross racer proves that you don’t have to spend big to get a great CX bike.

Cyclocross racing and gravel riding seem to be the latest trends in cycling and participation in the former is growing rapidly.

Racing CX is a great way to get a great workout in without too much time spent on the bike. You can also improve your handling skills, and get a taste for racing in a relatively safe environment.

The best thing about cyclocross is that you don’t need to fork out a massive sum of money to get a great bike.

This Eddy Merckx would be perfect for jumping into a bit of racing.

While you might have seen a shift away from rim brakes, we’d argue that they’re still perfectly good for the majority, especially if want to get racing on a budget.

This Eeklo 70 features a Sram Rival 11-speed drivetrain with a 42T 1X chainring up front and an 11-36T cassette at the back.

Fulcrum’s Sport CX wheels are shod with Clement MXP 33mm tyres. they’re a great intermediate option that you could realistically race all year on, as long as you’re careful with your pressures.

Eddy Merckx builds race bikes for cyclists who dare to step outside the box; for those with a strong personality, who strive to be truly individual. The DNA of these unique racing bikes stems from the most unique cyclist of all time - Eddy Merckx; his track record, his 525 victories, his personality and his perseverance. Every model tells its own story, each linked to a special victory of his. Belgian-owned, Eddy Merckx Bikes prides itself on discrete, modest styling and subtle branding to create a range of high-tech bikes with classic styling.