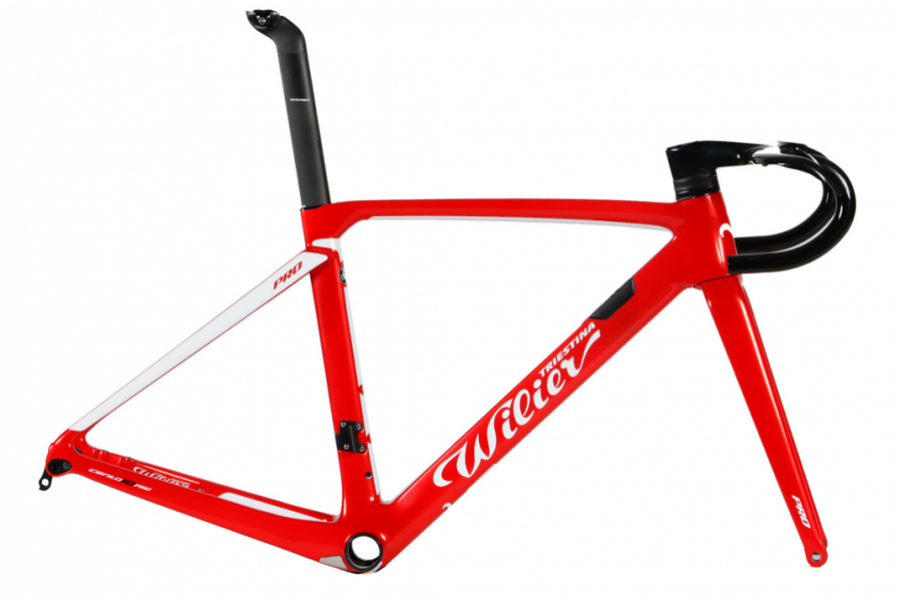 Looking to build up a new road bike? Save big on the frameset.

If you’ve got some basic mechanical skills and the right tools, building up many modern road bikes is actually rather straight forward and it’s a great way to get exactly what you want.

Building a bike up from the bare frame also teaches you a lot about how the bike works, allowing you to fix things more easily should they go wrong.

There are loads of great framesets on offer, with the lovely Cento 10 Pro being our favourite at a whopping 51% off.

If you’re thinking about doing a bike build then we’d really recommend taking a look.

Wilier Triestina started in a modest workshop on the banks of the river Brenta in San Fortunato by Pietro Dal Molin from Bassano del Grappa, Italy in the summer of 1906.

The company name originated as an acronym for the phrase “W l’Italia liberata e redenta”, where the W is an abbreviation for "Viva!" (Long live Italy, liberated and redeemed). Triestina comes from the name of the city of Trieste. When Wilier was founded, Trieste was not part of Italy; the name 'Wilier Triestina' reflected a patriotic desire for it to be rejoined.

The famous Italian cyclist Fiorenzo Magni rode Wilier bikes in his 1948 Giro d'Italia win as well as his 1949 and 1950 Tour of Flanders wins.

Marco Pantani rode the 1997 Tour de France on a Wilier.