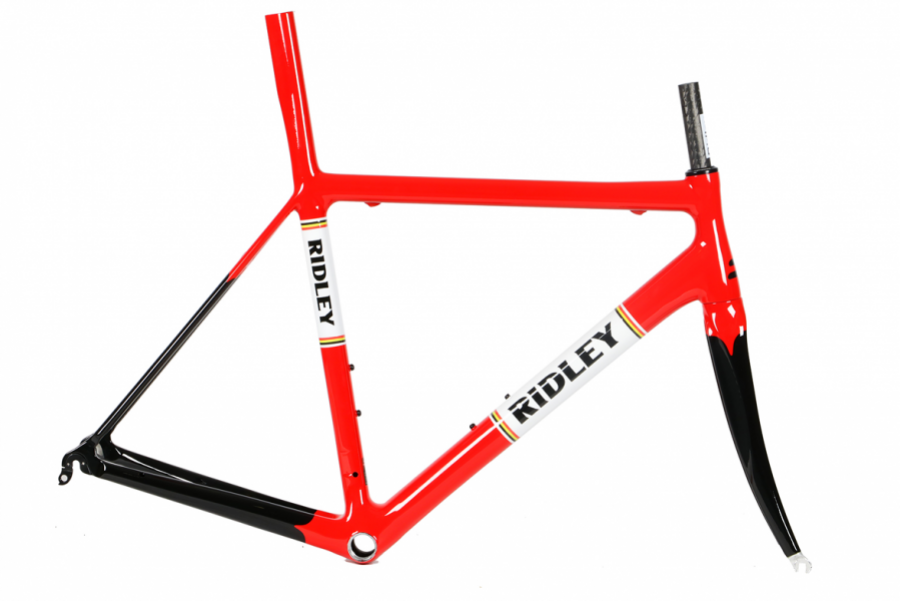 Up to 60% off Ridley Road and Cyclocross Framesets

In another brilliant Merlin sale, you can get a new Ridley frameset at a massively discounted rate.

If you’re looking to build up a new bike before the nice weather comes then this is a great way to get started without dropping too much cash.

Ridley has everything from budget alloy frames that are perfect for training bikes right through to lightweight full carbon race frames. This sale includes a range of their excellent carbon options.

The Helium ISP Carbon frameset looks very good to us. This all-rounder looks like it’ll build into a bike that is capable of racing, sportives and general riding.

A classic red paint job and subtle graphics make it look excellent while the ability to route both Di2 and mechanical groupsets internally means you have a wide range of groupsets available.

Ridley Road and Cyclocross Frameset Sale
save up to 60%