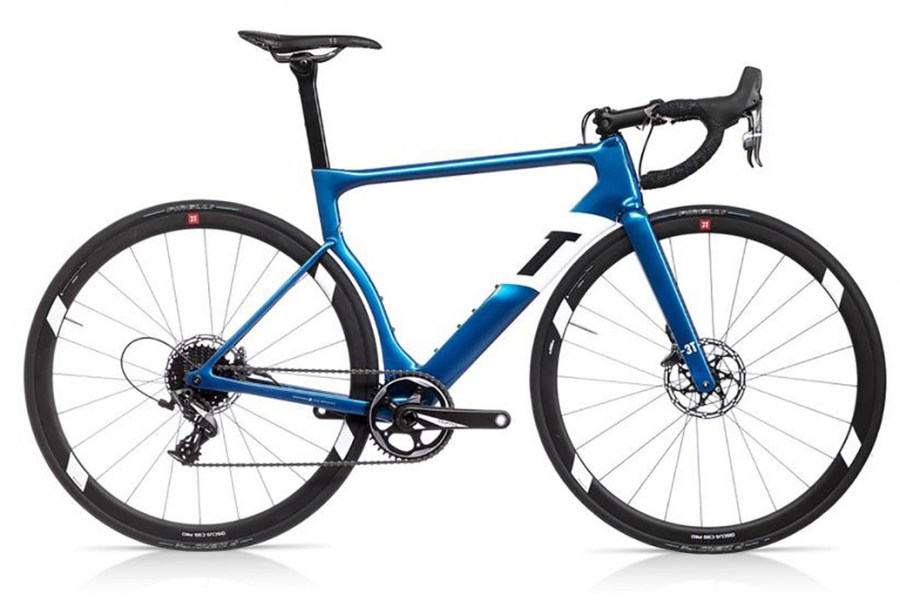 If you're not a pro then the 3T is brilliant, with simplified gearing and a fabulous frame.

3T was certainly radical when they designed this bike. It centres around a very aero frameset that is 1X specific. That is to say, you only get 11 gears, the horror.

The pros complained about it, though we've also heard from loads of other top riders that really liked the bike.

In the real world, this system works really well and the bike being designed around 28mm tyres is a great thing in our eyes.

Over rough tarmac, you get loads more comfort and the rolling resistance figures are better too.

The aero frame an aggressive geometry makes this the perfect crit and circuit race bike.