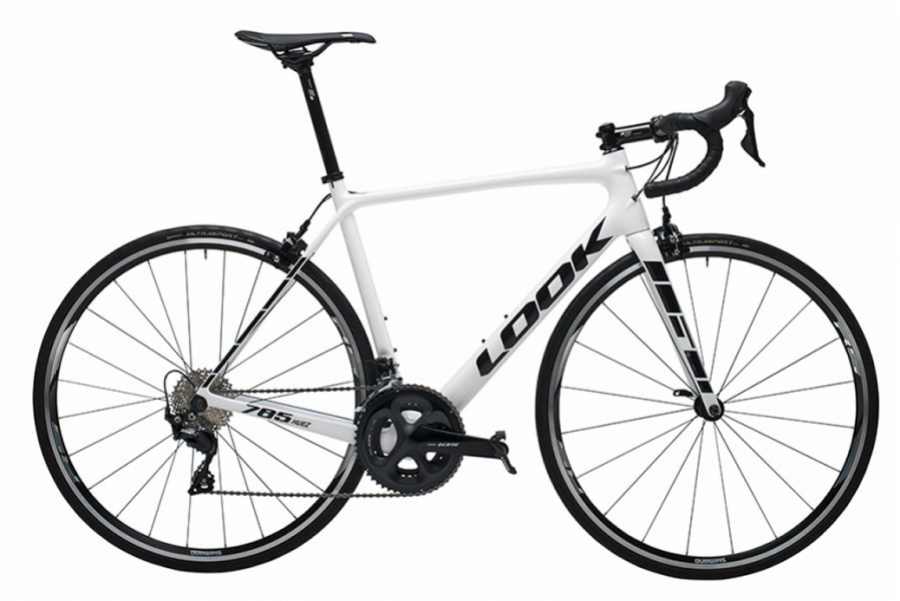 The word ‘Huez’ evokes images of riders battling for the yellow jersey in the Tour de France.

Well, for those of us that have ridden the famous 21 hairpins to the summit of Alpe d’Huez, the word brings back memories of slogging up a climb that just smells of burnt clutches.

That’s probably not what Look wants us to focus on, so let’s get to the bike.

The 785 is a round tube bike that looks quite classic now, but Look was aiming for a bike that handled and rode beautifully in the mountains, not on the flat.

If you’re looking for a great climbing bike at a lightweight price, this is a great option

French company Look is a high-end bike brand producing super-light carbon road bikes that are both innovative and stylish with a little French flair to distinguish them from their nearest competitors. We stock a range of their cutting-edge road bikes and road framesets as well as their clipless pedals; Look produced the first mass-market clipless pedal for the road cycling market in the mid 1980s. They took their ski binding technology and applied it to cycle pedals and were an instant hit. The public also warmed to the clipless pedal idea and Look now makes a wide range of road and mountain bike pedals to suit all abilities and budgets.