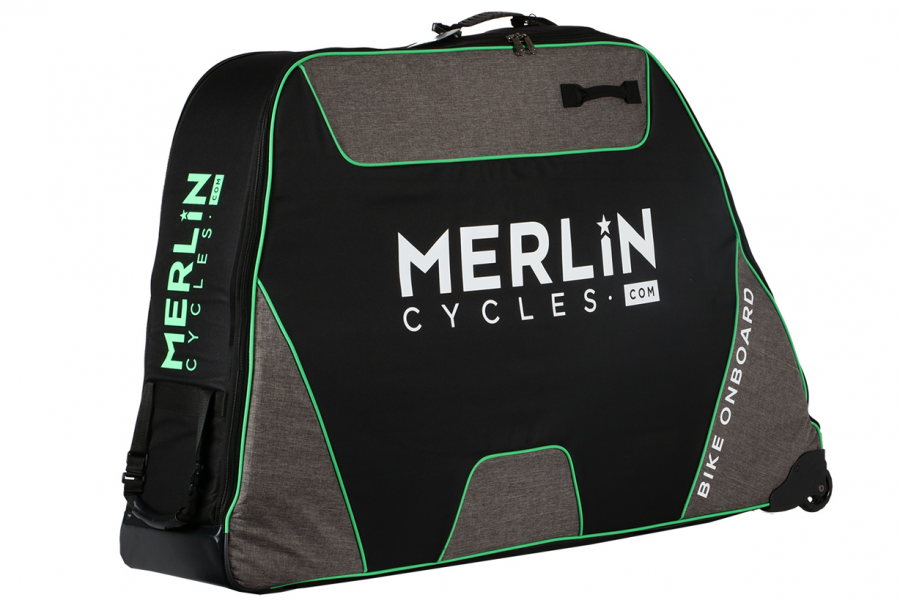 This looks really easy to pack and then roll up when not in use.

Getting your bike on a plane is never a nice experience. There are many stories of snapped tubes due to dodgy handlers and the range of hire bikes available in cycling hot spots like Mallorca and the Alps makes leaving your bike at home tempting. But the cost of hiring and the thought of using a bike that we're not used to is more than enough to convince us to fly with our bike.

A lightweight, properly padded bag with handles makes it easier for the handlers to move your bike, hopefully resulting in fewer dropped bikes. They're also much easier for you to get in and out of your car and while there are horror stories, the vast majority of bikes arrive safely.

Merlin's bike bag features dense padding, crush protection, and padded wedges to give your bike as much protection as possible. That's very reassuring when you're transporting a few grand's worths of your pride and joy.

The base is solid, which really helps when wheeling the bag to check-in. Having that stable base means that the bag is much more stable and less prone to toppling over as you're navigating the check-in area.

Internally, there is padded protection for your rear mech, forks, and chainset. The bag then rolls on two durable rear wheels.

When not in use, this is much easier to store than a box as it will roll up. That's ideal for those living in a flat or smaller house with little storage.