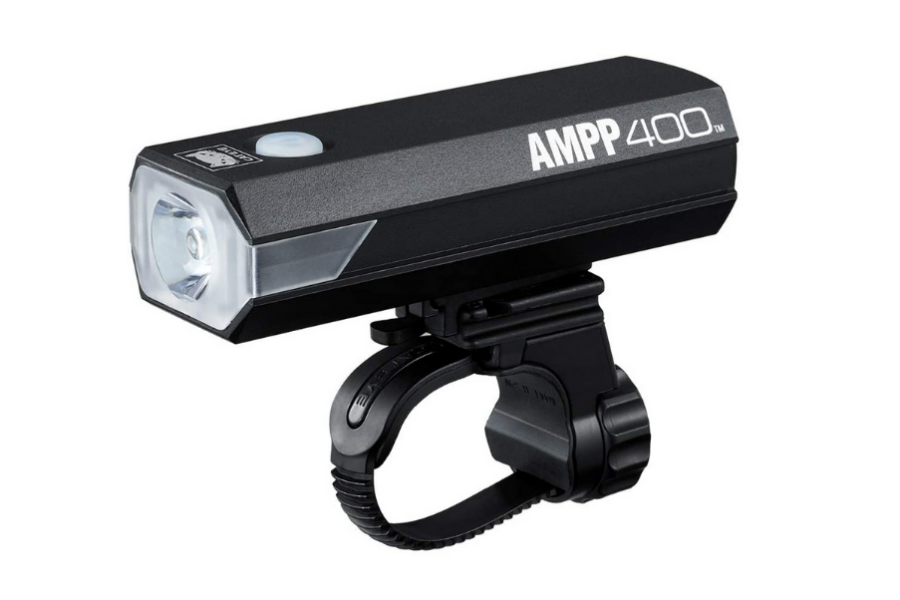 Up to 47% off Cateye AMPP Front Lights

Stay seen, safe and smart with this awesome deal on Cateye AMPP Front Lights where you can save up to 47%!

When it comes to riding at night time or through dark tunnels, it is extremely important to not only be seen but also to see where you are going.

The Cateye AMPP series is one of the leading bicycle light brands featuring opticube lens technology for supreme light distribution.

Also, the AMPP series are made of a robust matt polycarbonate body with enhanced scratch resistance so that you don't have to worry about throwing it about and running it through the works.

To charge, simply plug the light into a USB device and before you know it, it'll be ready to use again.

CatEye is the leading manufacturer of cycle computers, lights and reflectors to cyclists in the world. Founded in 1954 in Osaka, Japan, CatEye has always been a leader in innovation and technology.
In 1964, CatEye created the first flashing lamp for bicycles. CatEye went on to create the very first bicycle head lamp using white LEDs in 2001. The company is truly a world leader in lens and reflector technology.
CatEye's first cycle computer was released in 1981. Now we offer a full range of computers to meet the demands of cyclists around the globe. Always at the cutting edge of technology, we were among the first companies to integrate altimeter, heart rate, and cadence technology into cycle computers.
From it's head office in Osaka, Japan, CatEye manages two factories in Japan and one in China, and is an ISO approved manufacturer. On the leading edge of technology, CatEye continues to innovate and lead the industry in bicycle electronics, and is committed to safety and comfort in cycling.