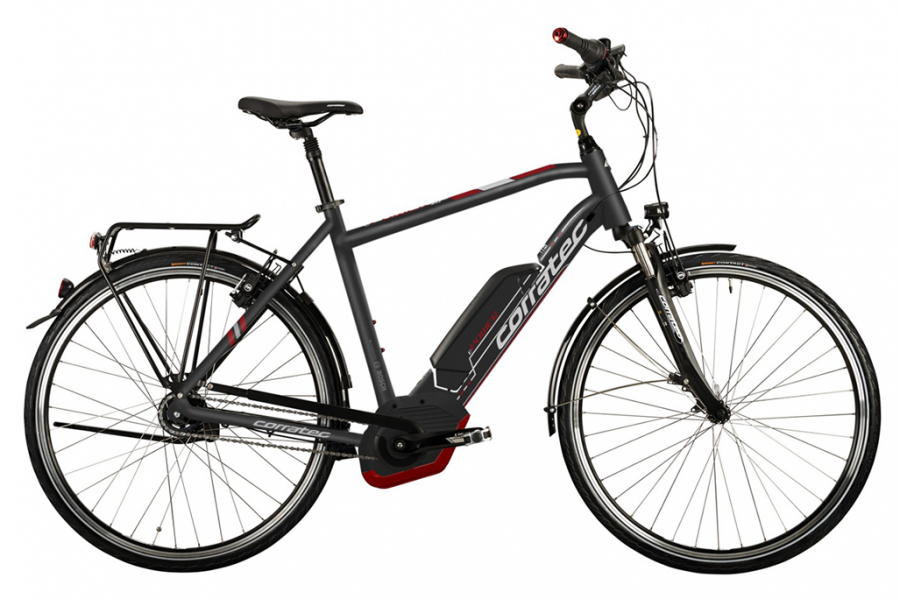 Perfect for commuting and general riding, the Bosch 500Wh battery has a range of 80 miles.

If you’re looking to invest in an eBike then chances are that you’ll want to use it for getting to work and maybe even extending your weekend rides to explore more of the local area.

An eBike is a cracking way to get around the city and we’ve been loving our rides around our home city of Bath. Primarily, the best thing, even for us experienced riders, is the way an eBike flattens out the hills.

If you’re heading to a social occasion or just work, then sweating your way up a massive hill isn’t the best way to arrive. It’s also brilliant to be able to leave the car at home, especially when you’re going into the centre of town where parking can be a nightmare.

This Corratech eBike gets a Bosch Active Line motor which is strong, efficient and powered by a 500Wh Bosch battery that gives you up to 80miles of riding, depending on terrain. Even in a hilly area, you’ll be able to get a lot of riding done in between charges.

The frame is nice and relaxed and you also get full mudguards along with a RackTime rear rack. that should keep you clean and allow you to attach panniers for heading to the shops.

German brand Corratec has been an influential bike manufacturer since 1990, their passion for cycling characterise the design, development and production of their range of bikes. Every day Corratec strive to innovate, using the latest materials and production processes as well as extensive testing to create a diverse range of bikes that are specifically suited to the demands of each separate cycling discipline. This in-depth approach to constant refinement of their products year after year means that by riding a Corratec bike you’ll feel all the benefits of a bike brand that sets itself the highest German engineering standards.