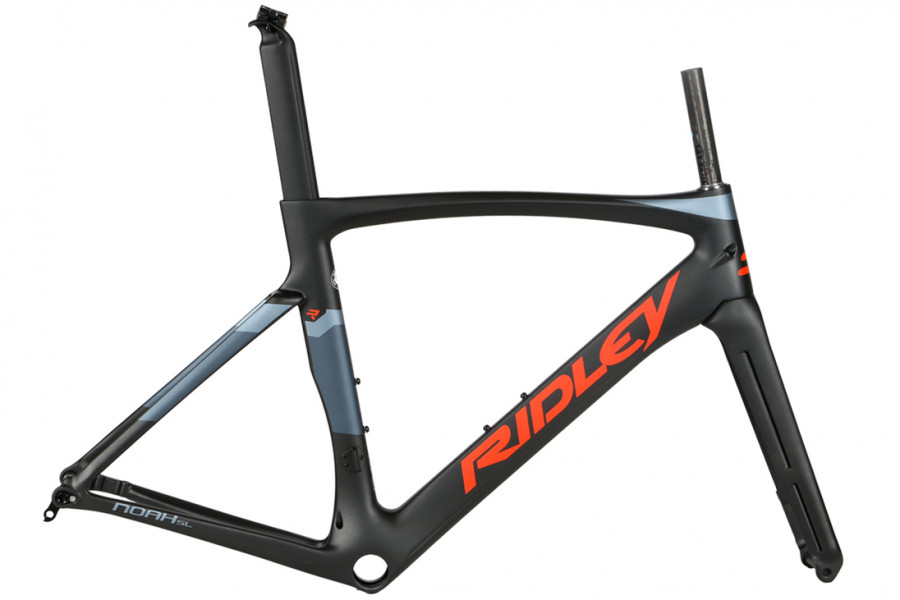 The Noah SL Disc is perfect for building up a fast disc-brake road bike.

The frame and fork have been designed with aero in mind and you can see the deep tube shapes with their flat rear edges.

The frame and fork feature the standard 12mm thru-axles and you get internal cable routing too.

If you’re looking to build up a fast road race bike this would make an excellent starting point.

If we were building up one of these framesets then we’d go for an Ultegra R8070 Di2 groupset. The shifting is superb and the price is really good too. We’d have to go for deep carbon wheels to finish the build.