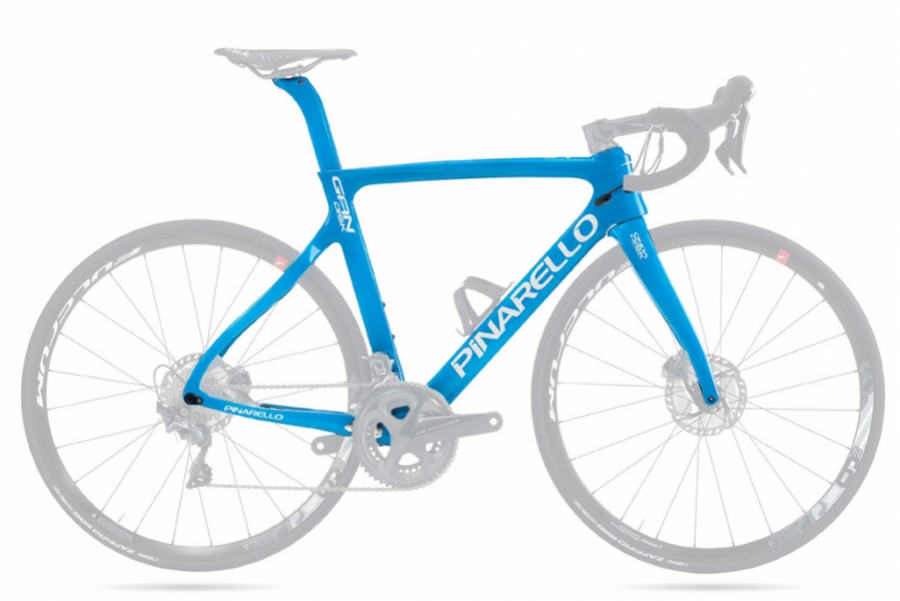 The Pinarello Gan was designed to provide the race pedigree of the Dogma F8 with a comfier ride.

If you’re looking to build up a comfortable, yet still lightening-fast road bike for tackling sportives and group rides then this Gan would be a very special way to start.

We’re glad to see disc brakes on this model as many sportives that we’ve ridden take in some narrow lane descents and road conditions are generally deteriorating.

Hydraulic disc brakes make it easier to control your speed and you’re not going to trash your expensive rims in the rain.

There’s space in the frame for 28mm tyres and you can build it up with mechanical or electronic shifting.

Merlin Cycles have two colour options. You can go super stealthy, or our pick would be this Sky blue version.

Giovanni Pinarello, or "Nani" as his friends call him, was born in Catena di Villorba on the 10th July 1922 during a difficult post-war period in Italy. He was the eighth of twelve children.

His love for two wheels and an innate gift as an indomitable fighter led him to pursue a career in cycling. This is the ‘Eroico’ (Heroic) era in cycling:  Coppi, Bartali, Bobet on white roads, difficult, very difficult terrain. But the young Nani immediately attracted attention, winning over 60 races and the tender age of 20 won “la Popolarissima" in Treviso

But it is in 1951 that Nani has his personal date with destiny: racing in the 34thGiro d’Italia, which is won by Rosa Fiorenzo Magni and the great Louis Bobet winning the mountain classification. In last place comes Giovanni, but in those years, last place was not a disgrace, instead, the last rider wore the Maglia Nera (Black Jersey). Giovanni loved to tell the stories of the strategies he carried out in order to take this ranking. There have been known cases of cyclists purposely flattening their own tires, hiding in barns or bars in the aim to lose time in order to arrive last in a stage….this was definitely another era of cycling. Arriving last also means a moment of celebration, including a lap of honour with the winners in Vigorelli velodrome. Giovanni did just that on the 10th June 1951 carrying this triumph to Milan between Magni and Bobet.

In 2009, now on his umpteenth intuition, Fausto joins forces with the small newborn Team Sky, who will soon dominate the cycling world.