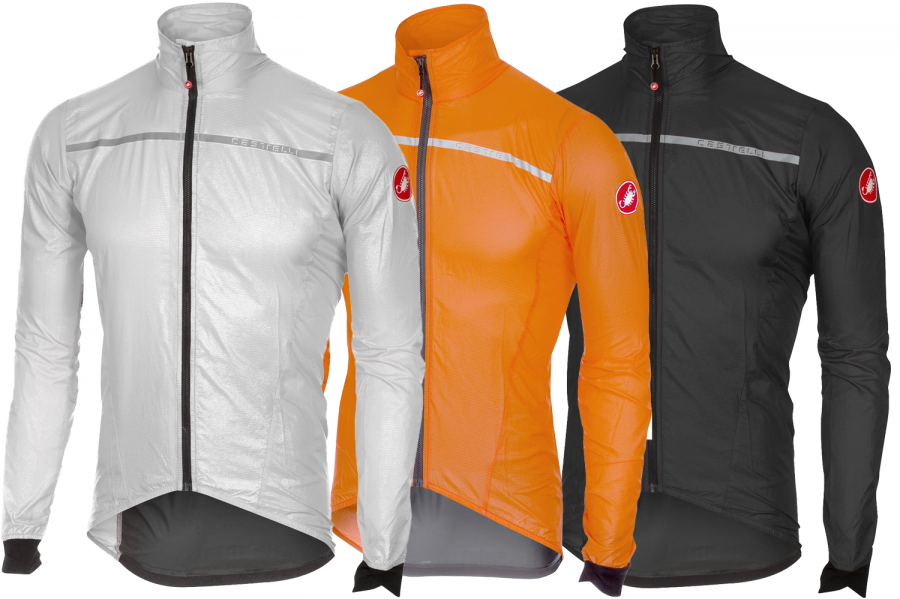 This packable jacket is perfect for a chilly descent or a light shower.

With spring weather just around the corner (hopefully), it’s time to get ready for changeable conditions.

While we love riding in the hills and mountains, this is where the weather can change most quickly but you can conquer inclement weather with just a few key pieces of kit and one of those is the stowable jacket.

Rolling up to take less than a jersey pocket’s worth of space, a jacket like this will go on pretty much every ride with us in spring.

The Superleggera is great for popping on before a chilly descent as it will take the sting out of the cold air hitting your chest and shoulders.

Pertex Quantum base fabric ensures that the jacket is breathable and also water-resistant. While we wouldn’t pick this for a ride in persistent rain, it’ll fend off a shower, keeping you dry and comfortable.

The Castelli scorpion motif is instantly recognisable within the road cycling fraternity; it’s a sign of quality, of technical innovation and of classic Italian styling. Castelli has been making cycling clothing since 1910 and have supplied some of the greatest names in cycling; with a continuous design and development partnership with some of the most successful cycling teams in the pro peloton Castelli continue to innovate, establishing technological advances in cutting-edge fabrics and garment construction. With a large range of men’s and women’s cycling clothing designed to excel in any weather conditions at any temperature, we’ll have a Castelli product to suit you; from super-lightweight bib-shorts for the hottest rides of the year to the iconic Castelli Gabba jersey which has now become the 'go to' jersey for cold & wet riding conditions.