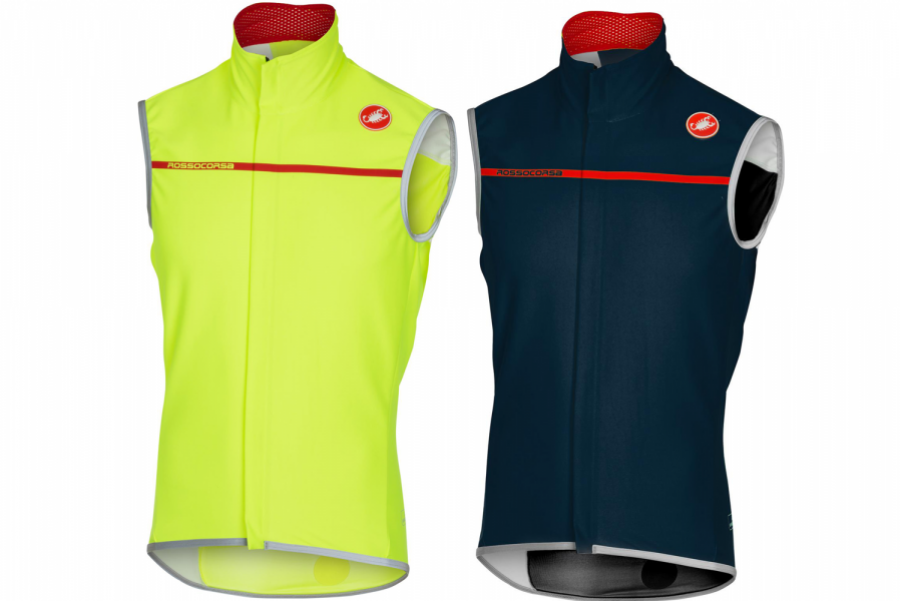 Castelli's Perfetto Vest is a very versatile piece of clothing

The windproofing makes it ideal as an extra layer for chilly starts and it'll pack into a jersey pocket if the weather warms up.

This gilet is one of the new-style garments that bridges the gap between summer and winter kit. The protection that it offers makes it great for rides in foul weather, but if the sun should come out, you won't overheat thanks to the breathability. We find the breathability to be particularly useful when riding in the mountains as you can pop this on for a descent, then once the climbing starts again, we often forget to take this off.

Castelli has used Gore Windstopper® 150 fabric on the front that gives the protection against the wind. That allows your core to keep itself warm and it's a great way of shutting out the wind when wearing a thermal jersey that has no windproofing.

On the back, the Nano Light fabric sheds water but allows significant breathability. This water-shedding ability means that if you're riding on semi-wet roads, spay from your rear wheel won't soak through to your lower back.

For days when you'll be keeping the gilet on all day, Castelli has put two pockets on the rear so that you'll have quick access to your all-important ride snacks. You can then store your other spares in your jersey pockets underneath.

For extra visibility in the low-light conditions of autumn and winter, Castelli has placed reflective trim on the pockets and lower-back hem. While it's no substitute for a good set of lights, we'll take all the visibility we can get.