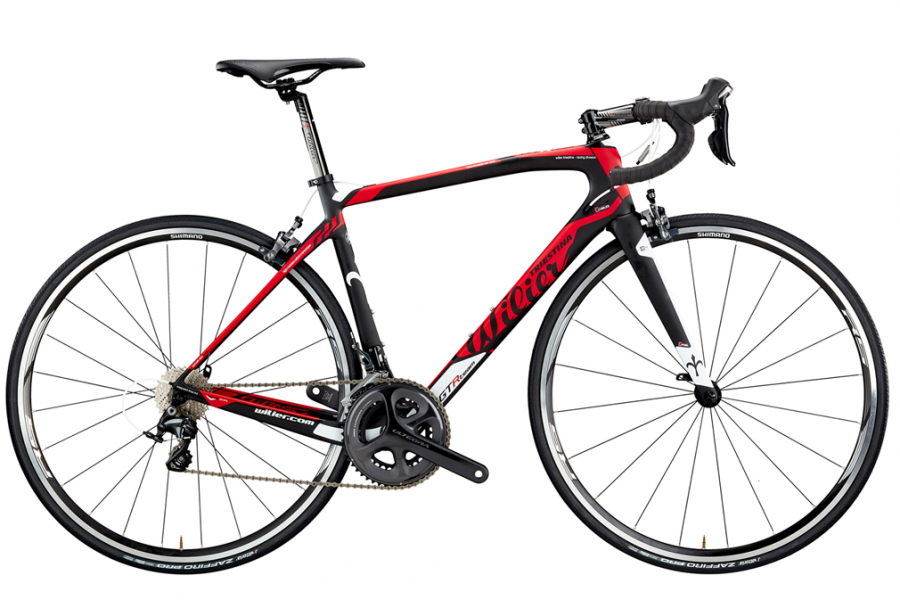 This endurance bike is designed to appeal to performance-minded riders

If you’re a fan of getting in the long miles throughout the year then you’ll probably have two priorities when it comes to picking a new bike.

Firstly, the bike needs to be comfortable and able to easily cope with the shoddy road surfaces that we have here in the UK. Surface-dressed roads can really buzz through you so compliance is imperative.

Secondly, and this might sound counter-intuitive, the bike needs to be relatively quick in order to maintain efficiency over those long distances.

Wilier’s GTR Team bike has been designed with both speed and comfort in mind. That way, you can efficiently tick-off the miles in comfort.

The geometry has been designed to sit in the middle-ground, between the stretched out position of a road racer and the upright position of plusher endurance bikes.

The Shimano 105 R7000 gearing is perfect for this bike. It keeps the cost down while providing slick shifting.

Wilier was born in 1906 thanks to the brilliant idea of a trader from Bassano, Pietro Dal Molin, of building bicycles on his own account. His forge or \"Steel horses\" rose as a small workshop along the banks of the river Brenta, at Bassano del Grappa, and it became more and more successful by keeping up with the increasing demand for bicycles. For this reason, Dal Molin determined to set up a professional team captained by the triestin Giordano Cottur, well-know for succeding no less than Gino Bartali during the Bassano-Monte Grappa lap for amateurs. In the same time, according to the common feeling of uneasiness about the fate of Trieste, Dal Molin decided to associate the name of this julian town to that of his own firm.

Wilier Triestina continues to increase and consolidate its presence in the international market, with double digit growth in terms of revenue and bicycles produced.