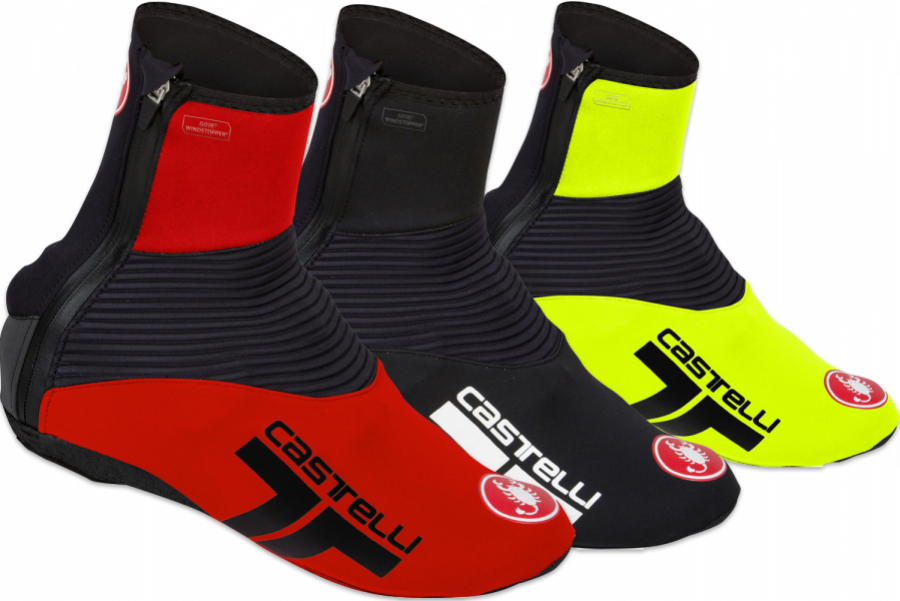 If you’re looking for a set of warm overshoes that will also fend off the worst of the rain then these are a great option.

Castelli has used Gore’s Windstopper X-Fast fabric with a fleecy lining to offer loads of stretch and great thermal properties in a lightweight design.

Around the ankle, neoprene material is used to give the best fit and this is extended down to the heel.

For a little extra visibility, the heel also has a reflective tab while the zipper that runs up the leg is waterproof, to keep out the rain.

Merlin Cycles have three colour options with the yellow providing maximum visibility for those that require it.