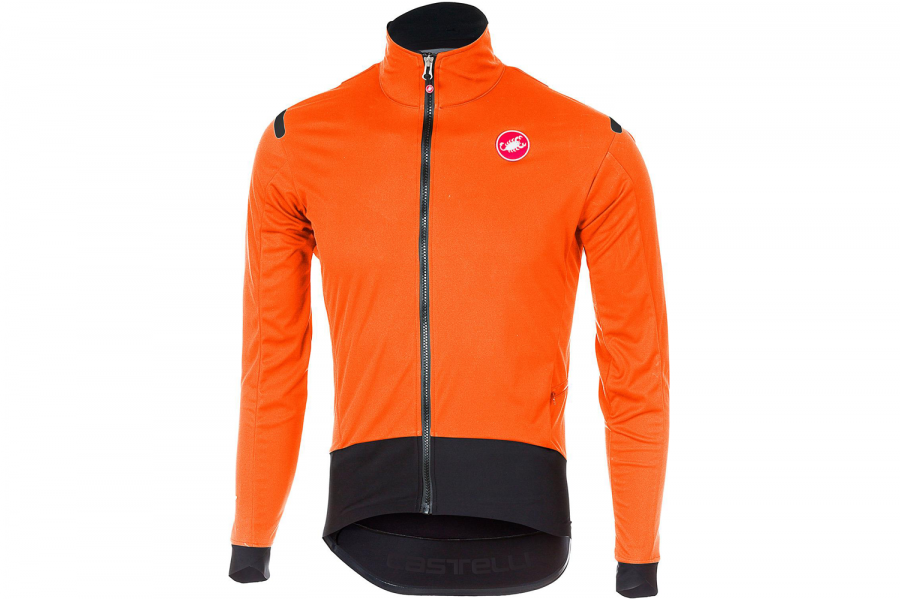 With near year-round usability, this jersey/jacket is a great investment.

Back in the good old days, there were heavy winter jackets and light summer wear. Now though, the lines have been blurred slightly and you'll probably find yourself using a jersey like this throughout most of the year.

The outer layer is completely windproof, blocking all the wind thanks to the Windstopper 150 fabric. It's not waterproof, but the surface is treated with a coating that makes light rain bead off.

Castelli recommends a temperature range of between 8-15ºC, but you can easily extend this downwards with a thermal base layer.

Sarah found the separate layer design to be very useful when climbing as you can unzip the outer layer, but still, keep the inner thermal layer zipped up.

A rear hem gripper keeps the jacket in place and you also get 3 pockets on the back to stash your usual ride snacks and spares.