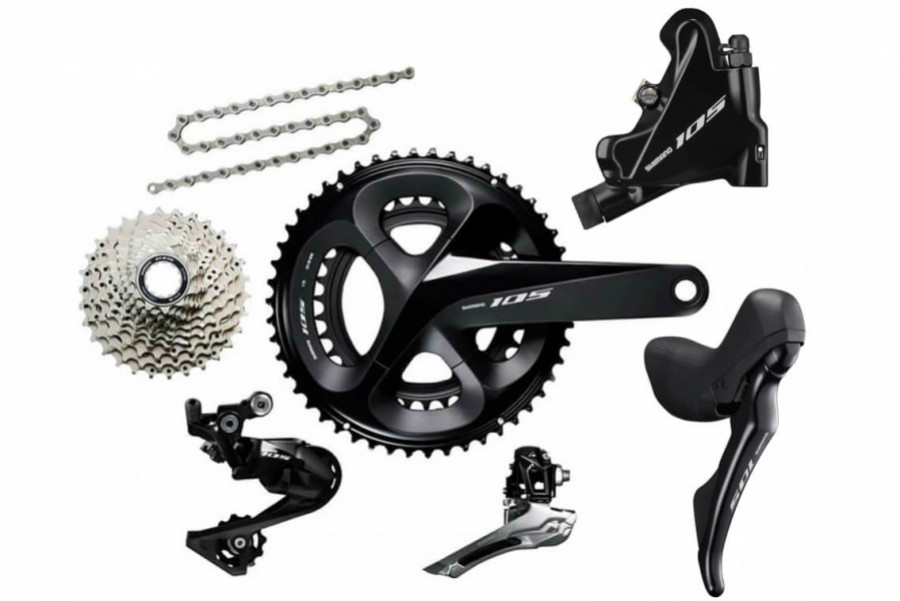 Exceptional performance for the money

Shimano's 105 groupsets have always been the entry point to performance-level gearing but with the latest edition, the gap is narrowing to Ultegra. Shimano has finally also released 105-series disc-specific shifters and callipers to replace the non-series version that was a little vague and looked hideous.

With Shimano sorting out the aesthetics and mechanics of its 105 disc brake levers and callipers, this looks and works very similarly to the Ultegra and Dura-Ace groupsets. There are subtle differences in the function of the groupsets, but you're getting very powerful, easily modulated brakes just like the Ultegra versions.

The price and performance of this groupset mean that it will appeal to a wide range of riders. We're seriously considering it for a new cyclocross bike build and it would be perfect for a road bike, be that for the winter or summer.

With this groupset, you get the completely re-designed shifters which not only look a lot better, the shifting has been improved too. They are combined with the new Shimano Shadow Technology rear derailleurs for very precise shifting that has a positive action going up and down the cassette.

ChainReactionCycles has a number of different options so you can pick the crank length and gear combos that will work best for you. Those combinations will affect the price, but the 170mm crank with 52/36 chainrings and an 11/28T cassette is down to just £488.99!