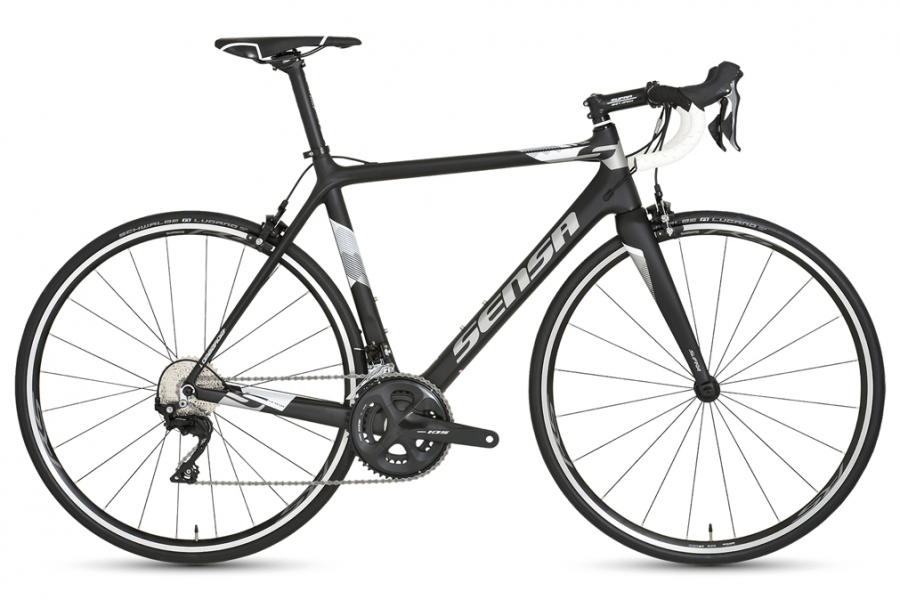 Sensa hasn't tried anything silly with this bike, it's simply a smart-looking road bike that provides a comfortable ride while still being stiff enough for steep climbs.

The round tube profiles combined with a classic geometry mean that this bike should handle really well, like the SuperSix.

The monocoque frame is paired with the fabulous Shimano 105 R7000 groupset with a climbing-friendly 34/50 chainset and an 11/32 cassette.

It’s a great package for general road riding, hilly sportives or even dipping a toe into the world of racing.

Exclusive to Merlin Cycles in the UK, Sensa Bikes have been around since 2005 but have their origins within a family owned company based in east Holland with more than 25 years of experience in bicycle design and manufacture. Starting out with a small range of high-quality carbon road racing bikes Sensa quickly grew into one of Holland’s most popular bike brands with a large range of road, cyclocross and mountain bikes. Sensa products keep evolving thanks to their innovative approach to design and construction with bikes still built in Holland for you by employees with a true love for all forms of cycling.