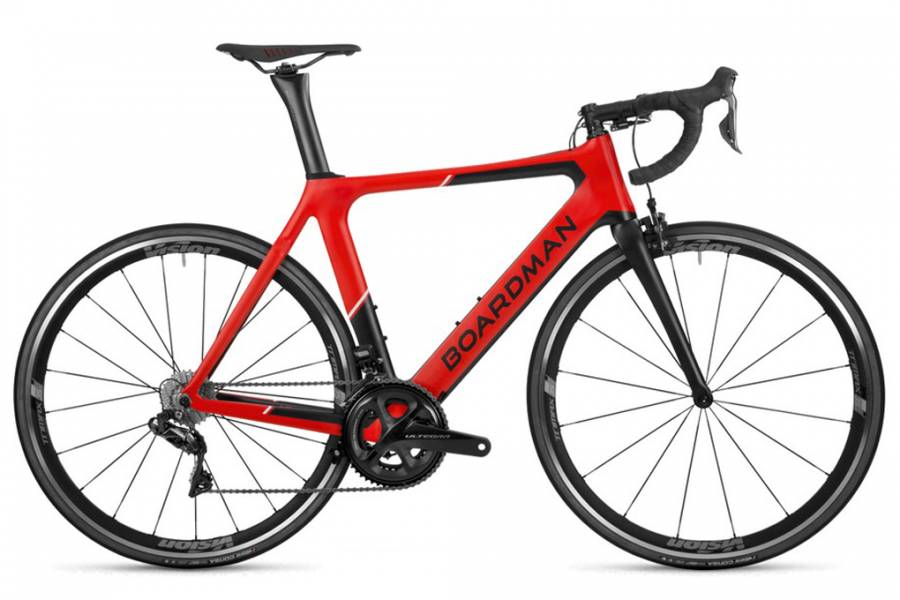 You get a great carbon frame with an Ultegra Di2 groupset at a sensible price.

There are huge savings to be had on some brilliant bikes and this Boardman Elite AIR 9.4 Ultegra Di2 is one of the best.

You can grab a whopping £1101 off a bike with a top spec sheet. The carbon frame is set up to take both mechanical and electronic groupsets and there is also space for nice wide 28mm tyres.

This one comes with the fabulous Ultegra Di2 groupset that gives you snappy shifting at the touch of a button. The chainset looks just like the more expensive Dura-Ace and comes with a 52/36 chainring combination. The cassette is an 11-28, creating a great setup for fast riding and smashing it up the climbs.

The Vision wheels are also perfectly suited for mixed terrain, with the 35mm alloy rims offering a great balance of aero and low weight. These are shod with the rapid rolling of the Vittoria Corsa G+ 25mm tyres combining for quick accelerations.

Finishing kit from Boardman and Fizik round out a lovely bike. If you're after a fast road bike, this is a brilliant option at a great price.