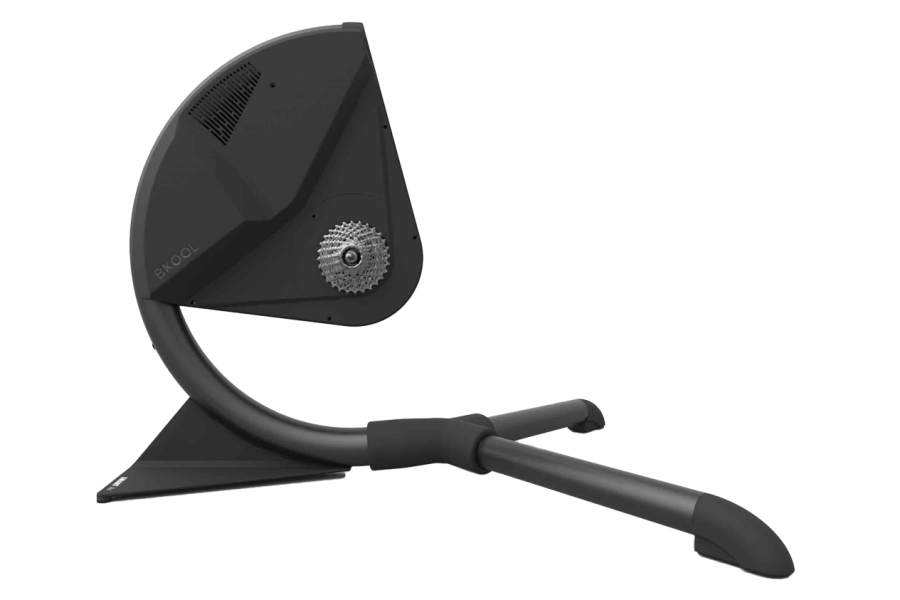 At this price, the Smart Air is a great option for a winter of indoor smart training.

If you're planning on seeing out the winter in your garage, training away on the smart trainer for hours at a time, then having a trainer that will allow you to use a range of third-party apps is essential for making the experience engaging and fun.

For us, these essentials would be a quiet trainer with a realistic road feel and enough resistance to make big efforts as hard as possible.

While the Bkool Smart Air has had a few teething problems, they can be forgiven given the youth of the company. When testing for road.cc, Dave found that after a bit of help from the support team at Bkool, his test unit had it's initial 8% inaccuracy fixed and the numbers after that were very accurate. You can read his full review here.

The maximum resistance of 3,000W won't be troubled by the likes of us, but it does mean that the max slope representation of 25% is going to feel just as horrible as it does in the real world!

That resistance is delivered by a powerful motor that keeps the pedalling feeling very smooth, even when the resistance is up high. You can use the trainer in ERG mode which keeps you pedalling at a specified wattage. That's incredibly helpful for getting very specific interval work done.

If you're looking to build an indoor training cave on a budget, this is a trainer to really consider.