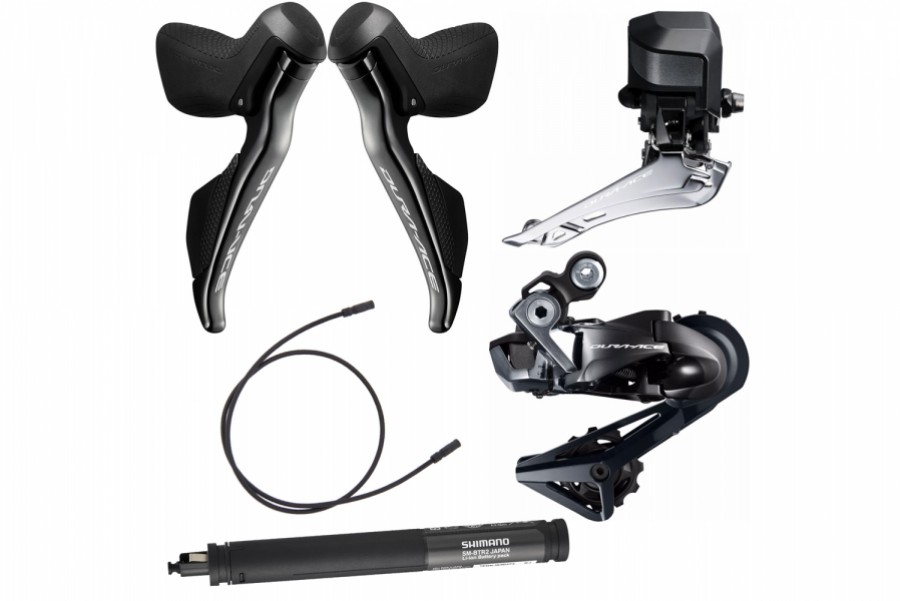 This is the easiest way to upgrade an older Di2 system if the components are getting a bit worn out after long miles and bumps from crashes.

This time of year is perfect for installing new components as the summer bike has likely been put into hibernation due to the adverse weather.

You can install the new parts without needing to rush the job, then there's usually a nice day or two that serve as the perfect chance to test the parts, ensuring that everything works for next year.

Merlin has included everything that you need to simply plug the components together and get going.

The shifters are the latest R9150 model with the extra function buttons that you can programme to control your GPS computer.

This kit comes with the standard Junction A box and internal Junction B box. There's also all the cabling that you'll need for a normal road bike and the internal seatpost battery along with the charger.