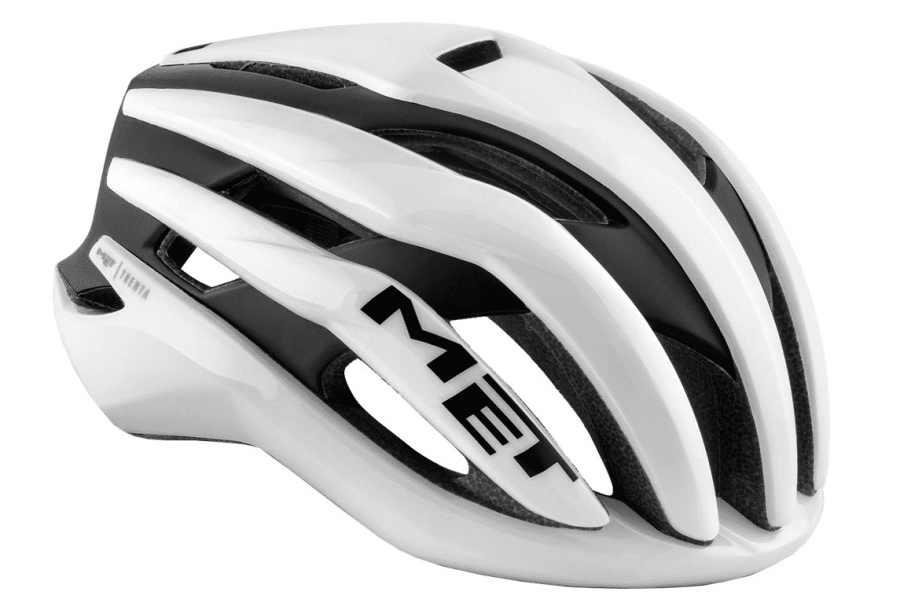 A cool, lightweight helmet that looks great and gets added Mips protection.

A few years ago, when aero helmets started appearing on the road scene, you had the choice between being aero, but having a sweaty head, or sticking to the traditional vented helmet for cooling comfort. Now though, the likes of Met's Trenta helmet bridge the gap, with ventilation that is also fast.

Met has a wide range of road helmets in their range and this one fits nicely into that modern vented-aero category. It's a great compromise if you're racing in warm weather as you've got the speed you need without causing your head to get too hot.

According to their test data, the Trenta offers a 7% reduction in drag compared to a traditional road helmet. While you might not be able to feel this in action out on the road, it's nice to know that the Trenta won't be holding you back.

Mips provides their C2 brain protection system which reduces rotational forces on the brain, the leading cause of head injuries. It's a small additional safety measure but for us, the tiny weight penalty is well worth it.

MET is a part of a movement, a movement to support riders of all skill levels in defending their passion to ride.

Be it the everyday rider pursuing their love of cycling, to incredible athletes from around the globe testing themselves and one another on the grandest stages in their sport, MET is there to support, nurture and defend the passion
of every person that gets on a bicycle.