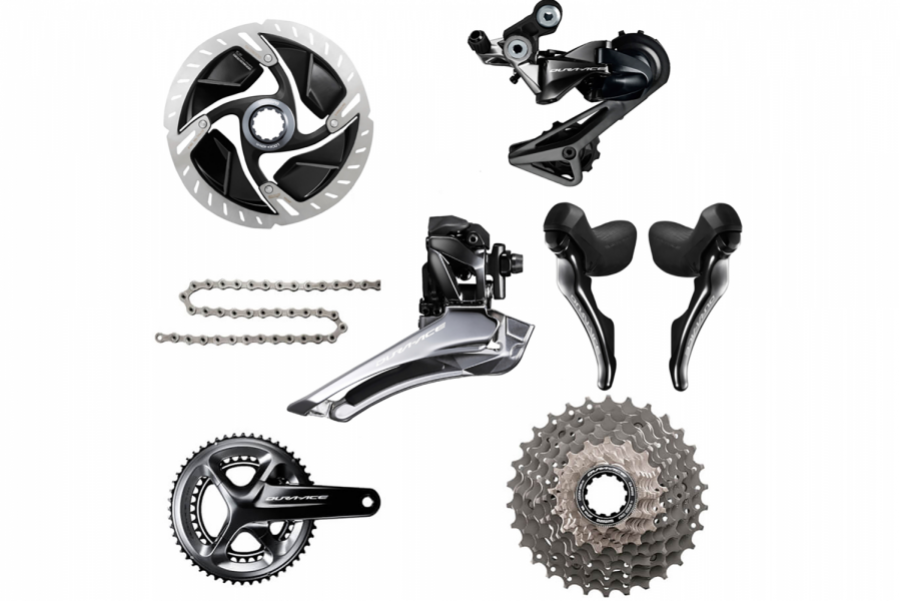 If you're after a new mechanical groupset, they don't come much better than this.

The shifting is as light as mechanical gets and the braking is as smooth as silk. What's more, at this price, it's a bargain!

It's fair to say that the changes made to this new Dura-Ace groupset over the old 9000 series were quite subtle. But if you look closely, there are some significant changes.

Starting with the rear mech, Shimano has used their Shadow technology to mover the mech further in line with the cassette. This not only protects the rear mech from crashes, but it's also apparently more aero too.

Shimano has also allowed this rear mech to run up to a 30T cassette, giving an extra climbing gear should you need it, without having to swap out mechs.

The crankset has changed aesthetically, with a beefier crankarm that is offset to better cope with pedalling forces.

The front mech has also been fully redesigned to make it more compact. This not only provides better shifting but also enhanced tyre clearance, meaning wider tyres won't cause issues.

ProBikeKit was founded in the early 1990’s by a small team of passionate and committed road cyclists, and the business has since then developed into a global brand.

We have built on the solid foundations of our business where our passion for road cycling matches our relentless commitment to provide customers with a first-class service for the best road, mountain bike and cyclo-cross cycling kit available at the most affordable prices.