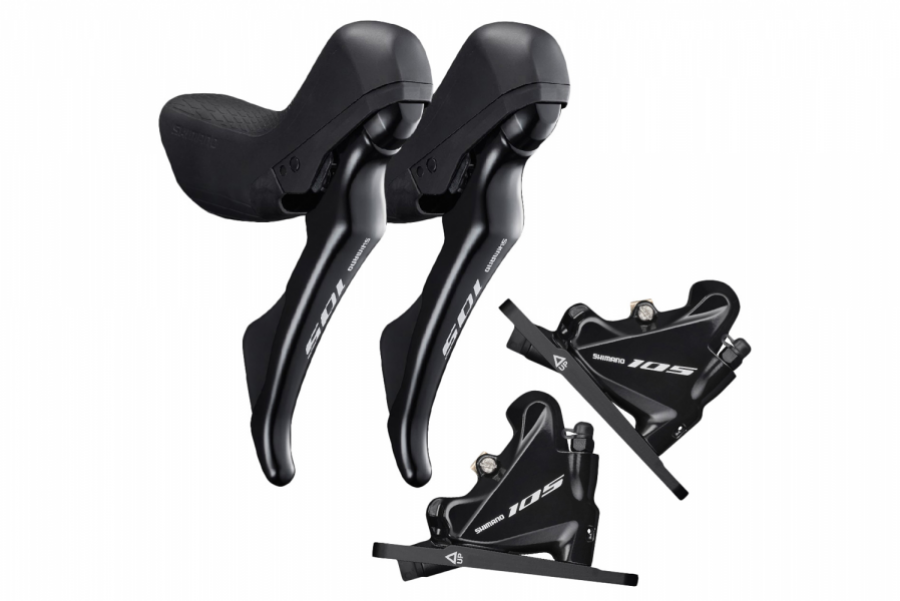 Shimano's 105 groupset has always been the entry point to performance-level gearing but with the latest edition, the gap is narrowing to Ultegra.

With Shimano sorting out the aesthetics and mechanics of its 105 disc brake levers and callipers, this looks and works very similarly to Ultegra.

The price and performance of this groupset mean that it will appeal to a wide range of riders.

You can get the new shifters with the hydraulic brake callipers as a little upgrade kit, allowing you to upgrade your old 105 groupset.

You get the new R7020 shifters with the flat-mount callipers and this comes as a fully bled system, allowing you to bolt it to your bike and get going.