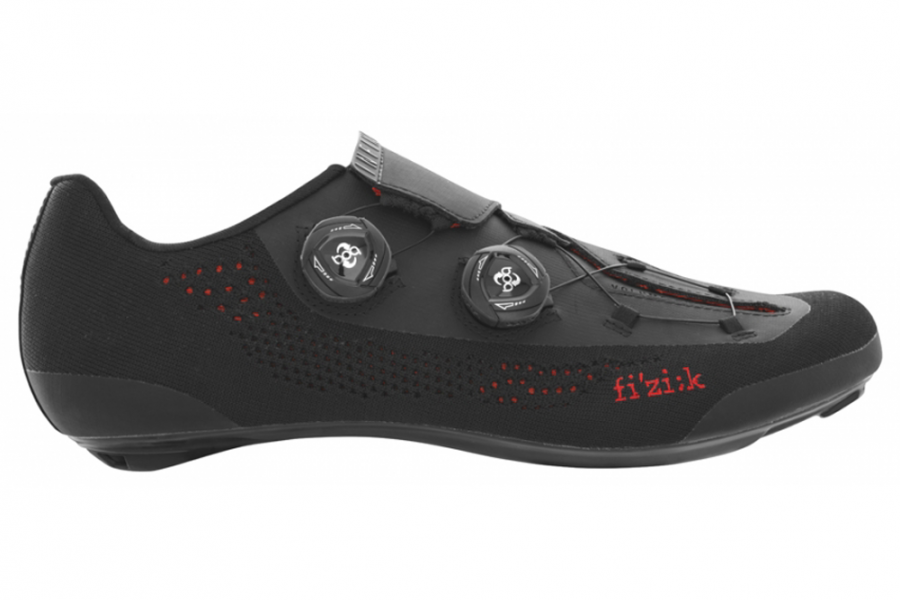 These knitted shoes are super comfy

The knitted upper allows the shoes to form perfectly to your feet.

If you’re after a new pair of fancy shoes then you could get some with the latest shoe technology, knitted uppers.

The standard R1 Infinito has graced the feet of some classy pros. Gilbert rode these to victory in Flanders whilst wearing the Belgian National Champion's jersey. Oh, and he did it with a strongman's 55km solo break. Haggard old Flandrien men wept with joy. Probably. These are also currently on the feet of Geraint Thomas who wore them to victory in a little French bike race last summer.

Fizik has used leather for the area under the BoA dials to spread retention pressure evenly. Fizik has also used double BoA dials to give you more fit customisation. The Boa IP1-B dials allow you to incrementally tighten and loosen the shoes as well as offering a full release that’s handy when you take them off.

Born in 1996 as a brand made for high performance fi'zi:k was designed in the USA, and handmade in Italy by the world's largest saddle manufacturer, Selle Royal. Fi'zi:k is the phonetic spelling of the word physique, referring to the form or state of the human body. Often associated with general fitness and athletics, the word is also used in many contexts to illustrate physical strength and superb health. - ie. a powerful physique, a healthy physique. In its phonetic form, fi'zi:k inspires other associations. Visually, the symbol conveys a sense of something scientific, technological or mathematical; and audibly, something fresh, effervescent, energetic and lively. Since the beginning, fi'zi:k's mission has been simple: to improve the ride experience for all cyclists.