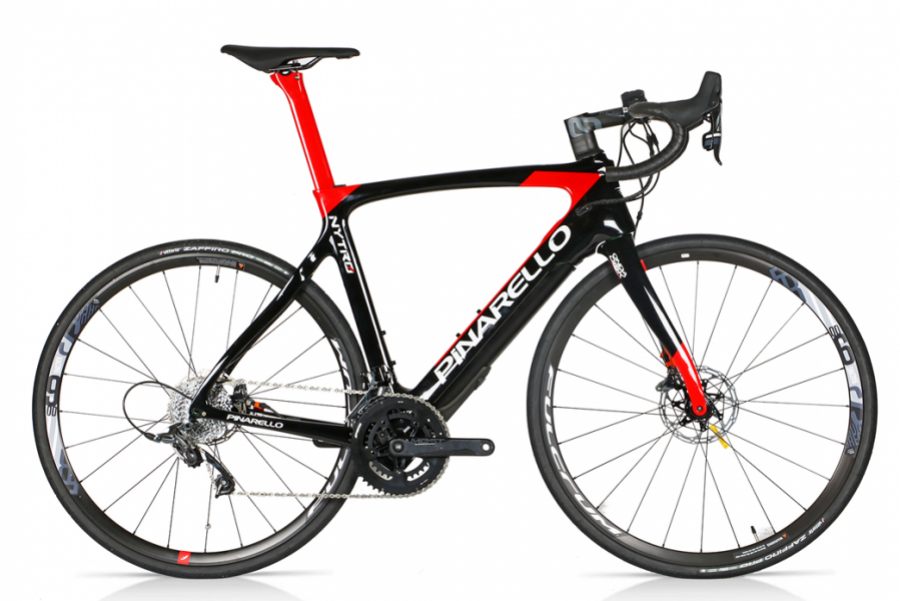 If you're after a little boost to go further, make climbs a bit easier, or just go faster, the Pinarello Nytro is perfect.

While many eBikes are targeted at commuters and people that wouldn't otherwise choose cycling as their mode of transport, the Nytro is aimed at more experienced cyclists who want a helping hand up the hills.

That makes it absolutely ideal for those tackling longer commutes, riders with injuries that would keep them away from the hills, and those that need a helping hand to keep up with faster friends. After all, cycling is meant to be a social activity.

The Nytro gets a lightweight carbon frame with a down tube 252Wh Fuzaua integrated battery pack. This keeps the stealthy silhouette really neat and very much like a normal road bike.

A Fazua Evation power system delivers the helping hand and while it'll keep your speed up on the hills, you can still ride hard if you want to. As a pedal-assist system, the help cuts out at 15mph which is a very good climbing speed.

Most of the time of the flat roads, a fit rider will be well above that speed and it means that you can keep a very good average speed on a hilly commute without getting too tired. Ten rides per week are, after all, quite a lot on top of a working week.

A Sram Force 22 groupset rounds out a brilliant bike.

Pinarello is an Italian bicycle manufacturer based in Treviso, Italy. Best known for there high-end handmade road bikes as used by many professional cycling teams.