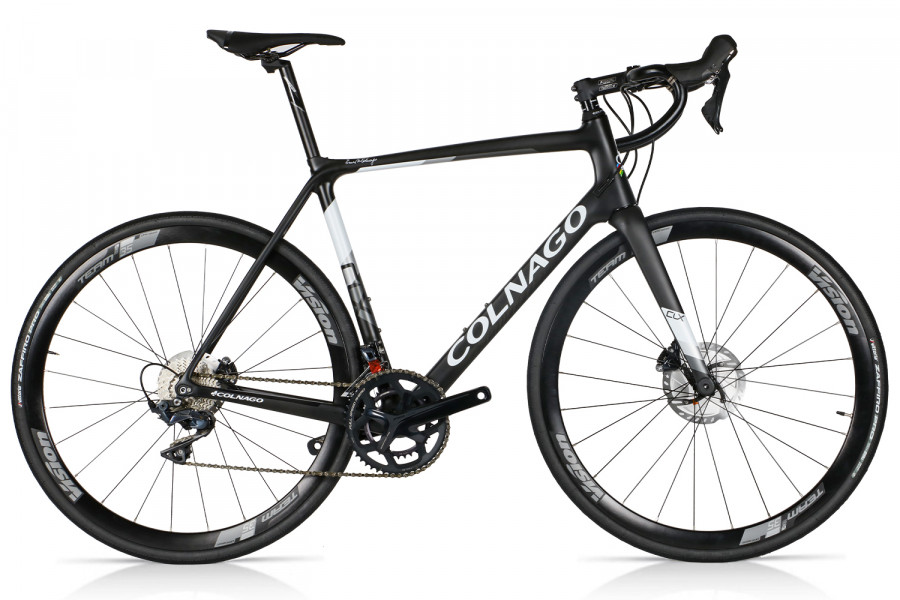 Contrary to the image above, the bike comes with mechanical Ultegra R8020 shifting.

If you’re looking for the ideal bike for tackling hilly sportives and group rides on a Sunday morning then this Colnago has the added benefit of being a real head-turner.

While Colnago is a brand with a rich history in the world of cycling, this road bike is fully modern.

The carbon frame comes equipped with 25mm tyres, but there is space to go wider. We’d really recommend fitting 28mm tyres for the best balance of performance and comfort.

Up to 50% off Science In Sport Cycling Nutrition

Shimano's Ultegra R8020 groupset provides snappy mechanical shifting that can be relied on in all weathers.

Similarly, the hydraulic disc brakes are brilliant in the rain. They provide loads of control, something that we find allows us to ride faster.