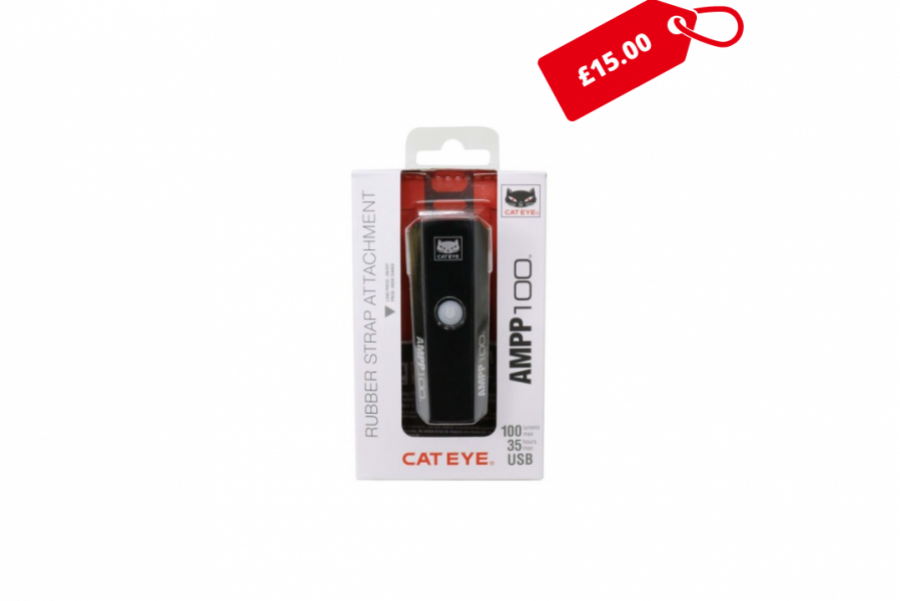 Recently reviewed on road.cc, this Cateye AMPP 100 is a great cheaper option if you're looking for a new front light. Especially with Merlin Cycles' 25% off deal.

This compact, rechargeable 100 lumen light is a great choice if you're looking for a new front light without denting your bank account.

Coming in at a weight of just 62g, you are guaranteed more visibility for a very small weight sacrifice.

With a lifespan of 35 hours when fully charged, this light will get you through quite a few rides before having to recharge.

Since our early days we have had an enviable reputation among cyclists for stocking a massive range of cycling equipment and offering it at great prices.

Merlin Cycles was initially a mail order business started in June 1993 by John Moss in the spare bedroom of his house in Whittle Le Woods near Chorley. A few months later the company opened a shop premises in Ormskirk, Lancashire. In 1998 Merlin Cycles moved to larger shop premises in Leyland.

Merlin Cycles spent ten years in the Leyland premises. During this time they began designing their own mountain bikes, including the Rock Lobster steel hardtails and then the Malt aluminium hardtails.