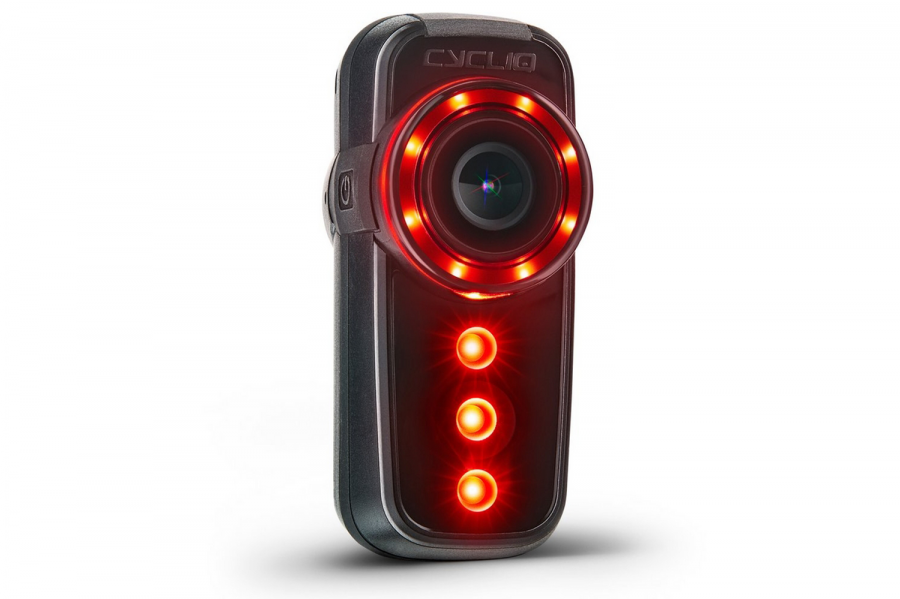 When mounted on the seatpost facing backwards, this light firstly makes you visible to passing traffic with the 100 lumen light getting 3 operating modes.

The maximum run time is 6hours, more than enough for a commute. The camera is USB rechargeable, so you can top it up at work easily.

The 1080 HD camera is incredibly detailed and it's designed to capture incidents and pick up the offending number plate. You can also run the camera with stabilisation, though this reduces the quality to 720p.

The camera also works really well in low light, something picked up by the road.cc Near Miss of the Day feature.

In the box, you get everything you need to go out and start recording straight away. We would recommend getting a memory card large enough to save a lot of footage around any incident. The looping feature means that you won't need anything too big.

The camera also has an incident detection setting that will save footage for you should you have a really nasty crash.

Our mission is to make cycling safer and give you peace of mind when you’re on the bike.

If road users think there’s a chance they’ll be recorded, there’s less chance they’ll do something dangerous. And if things do go wrong, you’ve got the evidence to show what happened.

After one close encounter too many on the roads of Perth, Western Australia, our founder Kingsley Fiegert decided that enough was enough. With his rear-end still sore from being hit with a slingshot from a passing car, he put his mind to inventing a product that would give cyclists a right of recourse when things go wrong.