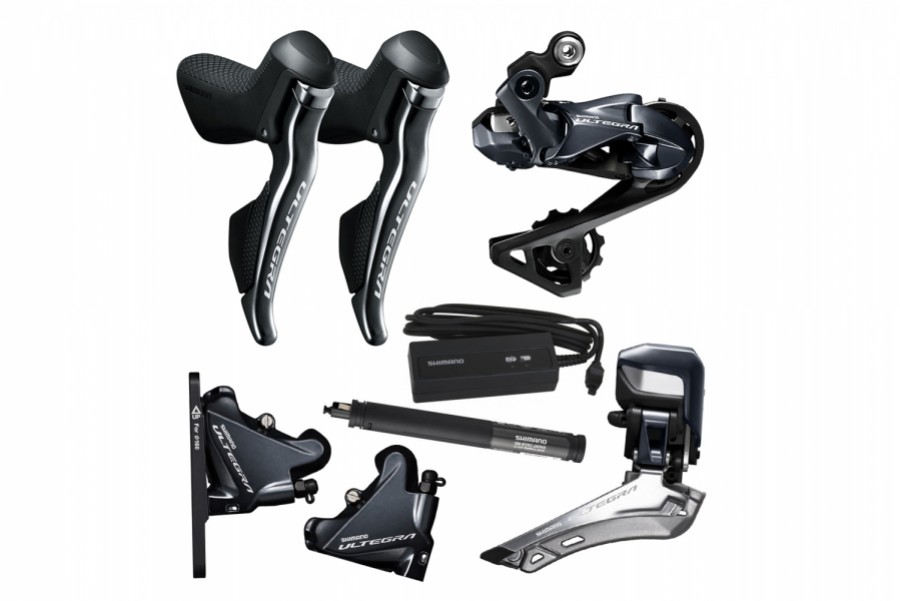 The Ultegra Disc shift kit is part of Shimano's new R8000 range, so you get all the new tech for the best shifting and braking.

Shimano certainly manages to compact the internals of the shifter into a smaller space than Sram, meaning the front end looks a lot cleaner.

The callipers will take both 140 and 160mm rotors although, for lighter riders, we'd pick 140mm as you don't need so much power on the road.

At the back, the rear meach gets Sadow technology, putting it further inboard and thus protecting it better in a crash.

Up to 60% off road bike wheels and tyres from Continental, Schwalbe, Vision, Prime, Fulcrum & more

You can pick between the short cage and medium cage versions, the first allowing a 30T cassette and the latter a 32T cassette.

The best thing is that this shift kit comes with junction boxes, Di2 cables and a battery so you're ready to go.