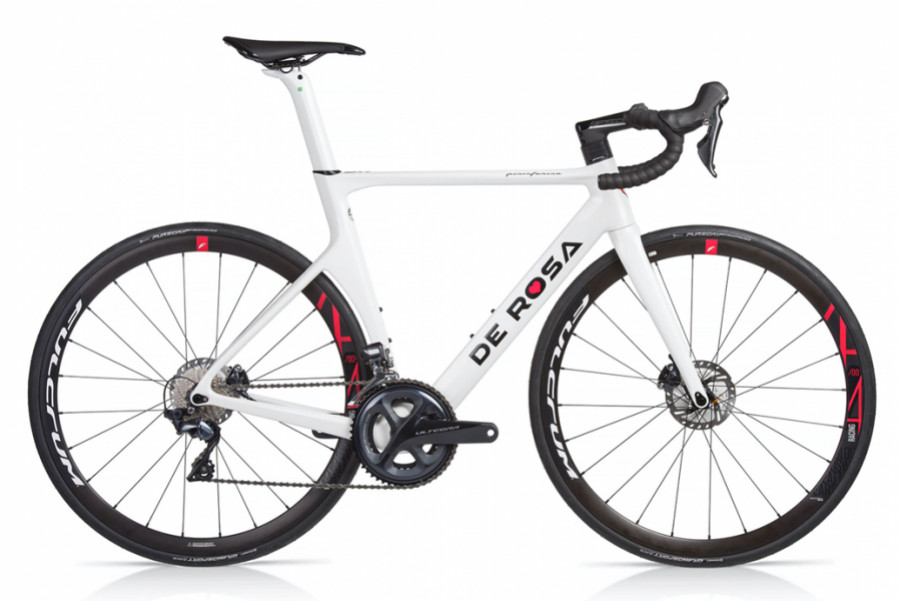 If you’re looking for something a little special then this De Rosa will stand out from the crowd.

It’s a shame that we don’t see more of these bikes on UK roads as they ride exceptionally well with brilliant handling.

We’ve had the pleasure of riding de Rosa bikes in the twisty Italian hills and the bikes are great fun to chuck down technical descents.

Merlin Cycles is advertising this bike as “from 35% off.” There is one slightly scratched 60cm bike for sale at this larger discount, but the rest of the stock is discounted by 23%.

Thankfully, stock of the bikes at 23% off seems to be plentiful and you’ve got a choice of two colours, white or black.

This model comes with a full Shimano Ultegra Di2 Disc groupset (photo for illustration only) you get the beautiful shift quality of the electronic system paired with the easily controlled power of hydraulic disc brakes.

Up to 60% off cycling jackets - Get ready to ride through rain, wind and cold

De Rosa has chosen a semi-compact groupset with the 36/52T chainrings and an 11-28T cassette at the back. That gives you a great balance of gears for faster riding.

From a small workshop in Milan, to one of the most well-renowned bike manufacturers in the world, De Rosa has supplied bikes of outstanding quality from entry-level riders to some of the world’s best road racers. De Rosa has been producing some of the finest examples of hand-built frames from its workshop in Milan since 1953. The small company is proud of its ability to construct racing frames in all four frame materials: steel, titanium, aluminium and carbon and has over the years supplied numerous pros including the famous Eddy Merckx. Every De Rosa really is something very special and many cyclists spend their entire riding careers longing to own one.