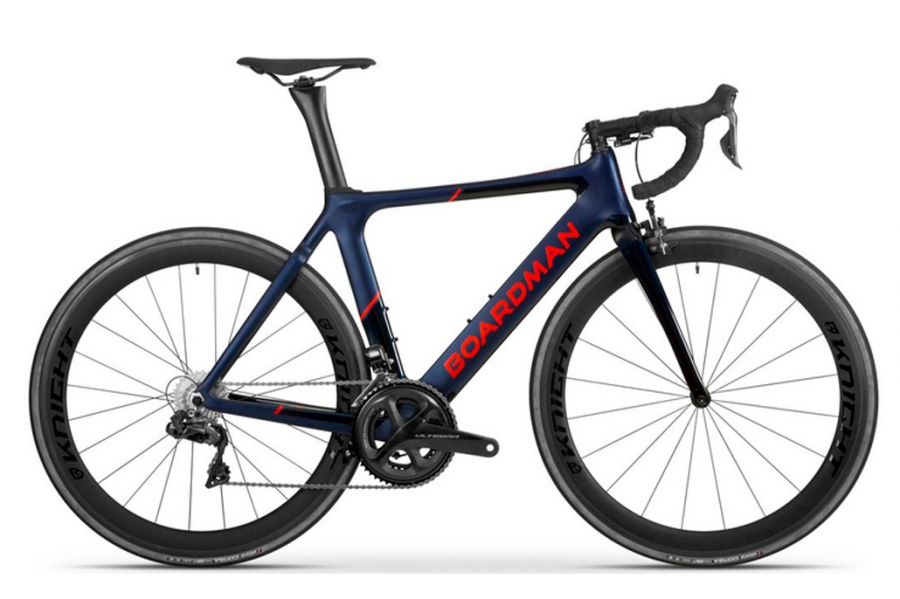 A brilliant race bike at a great price

You get a great carbon frame with an Ultegra Di2 groupset and Knight Composites TLA 50mm wheels.

There are huge savings to be had on some brilliant bikes and this Boardman Elite AIR 9.6 Ultegra Di2 is one of the best.

You can grab a whopping £801 off a bike with a dream spec sheet. The carbon frame is set up to take both mechanical and electronic groupsets and there is also space for nice wide 28mm tyres.

This one comes with the fabulous Ultegra Di2 groupset that gives you snappy shifting at the touch of a button. The chainset looks just like the more expensive Dura-Ace and comes with a 52/36 chainring combination. The cassette is an 11-28, creating a great setup for fast riding and smashing it up the climbs.

The Boardman wheels are also perfectly suited for mixed terrain, with the low weight of the 50mm carbon rims being ready to be set up tubeless. These are shod with the rapid rolling of the Vittoria Corsa G+ 25mm tyres combining for quick accelerations.

Finishing kit from Boardman and Fizik round out a lovely bike. If you're after a fast road bike, this is a brilliant option at a great price.

It all began in 1981 when a 13 year old Chris Boardman turned up to a local 10 mile time trial in cut-off jeans and on a recycled bike. This was the first race that started a meteoric rise first through the Amateur and then Professional ranks culminating in Olympic, World and Tour De France stage and Yellow Jersey victories.

Following his career as a rider Chris applied his knowledge, experience and philosophy to the new generation of Olympians through his role as R&D director at British Cycling. This position led to Chris overseeing the product used by the riders competing in the 2008 Olympics and the record breaking 2012 games in London.