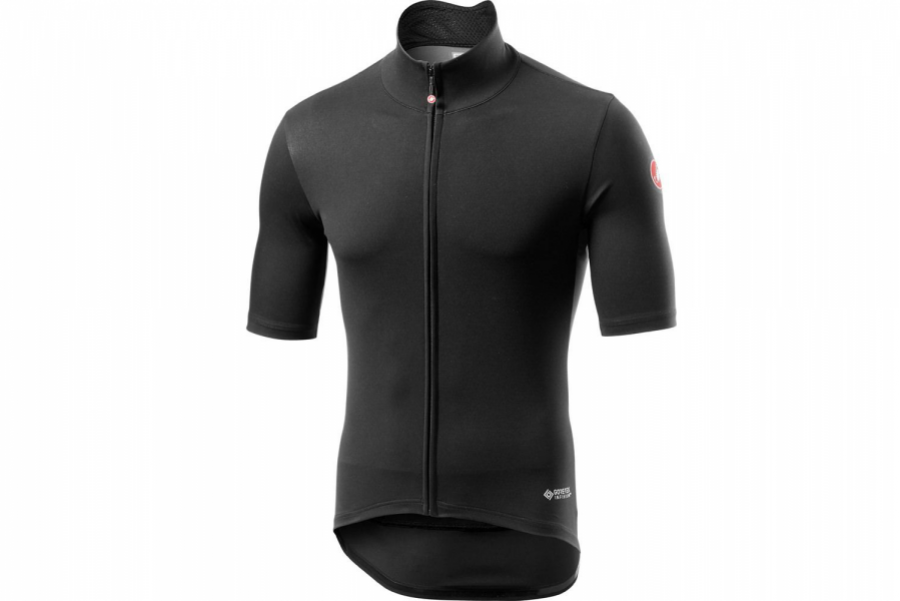 This jersey is one of the new-style garments that bridges the gap between summer and winter kit.

The protection that it offers makes it great for rides in foul weather, but if the sun should come out, you won't overheat thanks to the breathability.

Castelli has used Gore-Tex Infinium 203 stretch fabric on front-facing surfaces that gives the protection against the wind.

On the back, the Nano Light fabric sheds water but allows significant breathability.

Mat Brett tested this for road.cc, giving it a brilliant 9/10.

The Castelli scorpion motif is instantly recognisable within the road cycling fraternity; it’s a sign of quality, of technical innovation and of classic Italian styling. Castelli has been making cycling clothing since 1910 and have supplied some of the greatest names in cycling; with a continuous design and development partnership with some of the most successful cycling teams in the pro peloton Castelli continue to innovate, establishing technological advances in cutting-edge fabrics and garment construction. With a large range of men’s and women’s cycling clothing designed to excel in any weather conditions at any temperature, we’ll have a Castelli product to suit you; from super-lightweight bib-shorts for the hottest rides of the year to the iconic Castelli Gabba jersey which has now become the 'go to' jersey for cold & wet riding conditions.