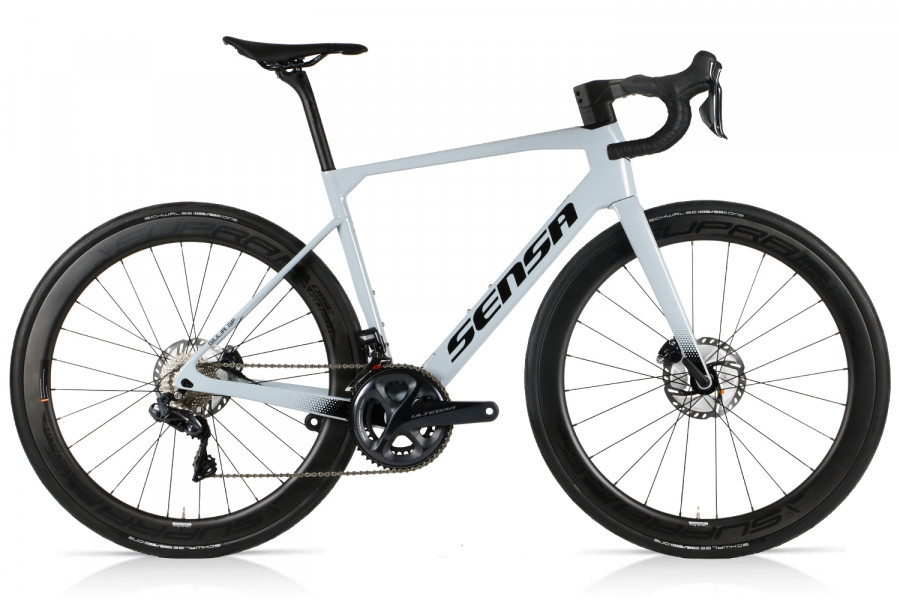 The fourth generation of the Giulia is here and already Merlin Cycles has a cracking 20% discount on this speedy carbon road bike.

Firstly, we need to make it clear that the images are just for illustration purposes. The groupset differs slightly in that you’re getting the Shimano Ultegra R8000 mechs and R8020 shifters rather than the Di2 setup shown.

Apart from that, you get the same integrated front end as per the picture, making this bike look super clean.

Shimano’s Ultegra R8020 shifters mean mechanical shifting and hydraulic braking. It is a combination that provides slick gear changes and gives you masses of stopping power that is also easy to control.

The wheels are Supra RFC 50 Elite Carbon 50mm deep and on those wheels comes a set of 28mm Schwalbe One Performance tyres. This really is a modern day setup.

If you want even more comfort, then the frame is designed to take 32mm tyres.

Exclusive to Merlin Cycles in the UK, Sensa Bikes have been around since 2005 but have their origins within a family owned company based in east Holland with more than 25 years of experience in bicycle design and manufacture. Starting out with a small range of high-quality carbon road racing bikes Sensa quickly grew into one of Holland’s most popular bike brands with a large range of road, cyclocross and mountain bikes. Sensa products keep evolving thanks to their innovative approach to design and construction with bikes still built in Holland for you by employees with a true love for all forms of cycling.