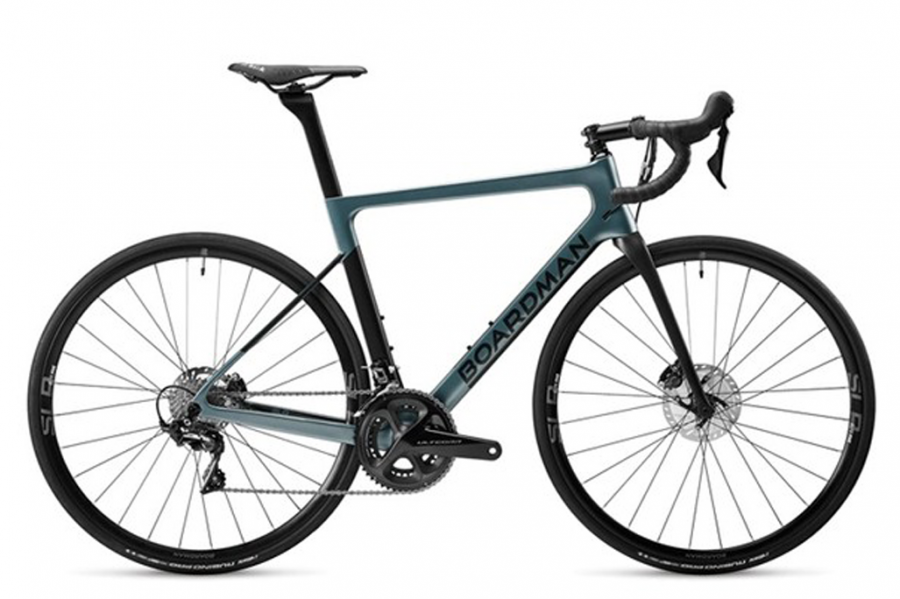 A carbon frame, hydraulic brakes and excellent finishing kit for £1,999

The testers over at road.cc have been fans of Boardman bikes for a few years now, with their road bikes winning several Bike of the Year awards.

As a result of trickle-down technology, the 9.4 uses the same frame as the flagship 9.8 model. It's made from C10 high-modulus carbon fibre for a great mix of stiffness around the bottom bracket and headtube while also keeping the bike compliant for comfort on longer rides.

This is complimented perfectly by the Ultegra R8000 groupset which we find works flawlessly and looks so similar to Dura-Ace. Here, you're getting the magical blend of reliable mechanical shifting that is so crisp and accurate, combined with the exceptional hydraulic disc brakes that allow you to brake later into corners and work predictably in all conditions.

The frameset comes with a carbon seatpost which is also made by Boardman. It comes with a bit of adjustability too, with 0-20mm of setback available. The SLR Elite Five wheels offer a great base for the lovely 28mm Vittoria Rubino Pro G+ 28mm tyres.

With a low weight build, this is a perfect bike for racing, hilly sportives and fast group rides.

It all began in 1981 when a 13 year old Chris Boardman turned up to a local 10 mile time trial in cut-off jeans and on a recycled bike. This was the first race that started a meteoric rise first through the Amateur and then Professional ranks culminating in Olympic, World and Tour De France stage and Yellow Jersey victories.

Following his career as a rider Chris applied his knowledge, experience and philosophy to the new generation of Olympians through his role as R&D director at British Cycling. This position led to Chris overseeing the product used by the riders competing in the 2008 Olympics and the record breaking 2012 games in London.